The Judicial Murder of 'The Manchester Martyrs' -- 150 Years On 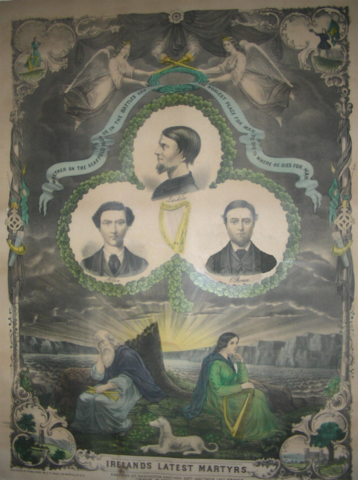 On the 150th anniversary of their deaths (November 23rd), let us pause to commemorate, the brave Fenian heroes forever known in Irish history as  “The Manchester Martyrs.”

On the 18th of September 1867, in Manchester, England, Colonel Rickard O’Sullivan Burke, Captain Michael O’Brien, Captain Edward O’Meagher Condon and a rescue party of fifteen other Bold Fenian Men rescued Colonel Thomas Kelly, Chief Executive of the IRB and Captain Timothy Deasy, the Deputy Central Organizer of the Irish Republic and IRB commander for Manchester and Liverpool, who were being transported from Bellvue “Goal” (jail) by British Authorities. The Fenian Officers Burke, Condon, O’Brien, Kelly and Deasy, all American citizens and combat veterans of the American Civil War, were also members of the Ancient Order of Hibernians in America; while Burke, Allen, O’Brien, Condon and Deasy were all from County Cork. The names of the 15 other Fenians who made up the rescue party were Thomas O’Bolger, James Laverty, John Neary, Peter Ryan, William Melvin, Michael Larkin, Timothy Featherstone, Charles Moorhouse, Peter Rice, William Philip Allen, Patrick Bloomfield, John Stoneham, Joseph Ryan and James Cahill.

During the rescue, (“THE SMASHING OF THE VAN”), Sergeant Charles Brett, a Manchester Police veteran of some twenty-five years, was accidently shot a killed.

Following the successful rescue of Kelly and Deasy, a number of the rescuers and dozens of innocent local Irishmen were arrested and brought to trial for Brett’s “murder”.  On 28 October 1867, William Philip Allen, Michael Larkin, Captain Michael O’Brien, Thomas Maguire and Captain Edward O’Meagher Condon were convicted and sentenced to death by hanging.

(Below-right, Timothy Deasy, taken during his service with the 9th Massachusetts Volunteer Infantry during the American Civil War.) 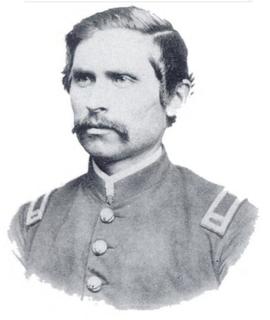 After Allen, O’Brien and Larkin had made their comments to the court, a manacled Condon in his speech spoke these immortal words, “You will soon send us before God, and I am perfectly prepared to go.  I have nothing to regret, or retract, or take back. I can only say ‘GOD SAVE IRELAND’ - and with one step forward his companions rose, and, extending their hand-cuffed hands upward cried out ---“GOD SAVE IRELAND!” T.D. (Timothy Daniel) Sullivan, who witnessed the trial, was inspired to write “God Save Ireland,” which became the virtual Irish national anthem. (In November, Thomas Maguire, a Royal Marine home on leave and had nothing to do with the rescue, was pardoned and Captain Condon, because of his American citizenship, and the intervention of the American Ambassador, was given a reprieve – life at hard labour.) After11 years, in response to a unanimous vote of the United States Congress, signed by President Rutherford B. Hayes, Condon was banished for an additional 20 years and released to go to America. Condon now lies in a grave in New York’s Calvary Cemetery.

On 23 November 1867, Allen, Larkin and O’Brien were publicly hanged (“judicial murder”). The bodies of these three martyrs for Ireland were quickly, callously, irreverently and purposely buried in unmarked graves of quicklime in unconsecrated ground within New Bailey Prison.  The prison closed in 1868 and the remains of Allen, Larkin and O’Brien were exhumed and re-buried in Strangeways Prison, which opened in 1868.  In 1991 the remains were exhumed once again and subsequently re-interred in grave 2711 in Blackley Cemetery, Manchester, along with 57 other hanged prisoners also exhumed from Strangeways. Making repatriation of their remains to Ireland virtually impossible.

“We may have brave men, but we’ll never have better Colonel Thomas Kelly who was rescued from "the van" along with Timothy Deasy. 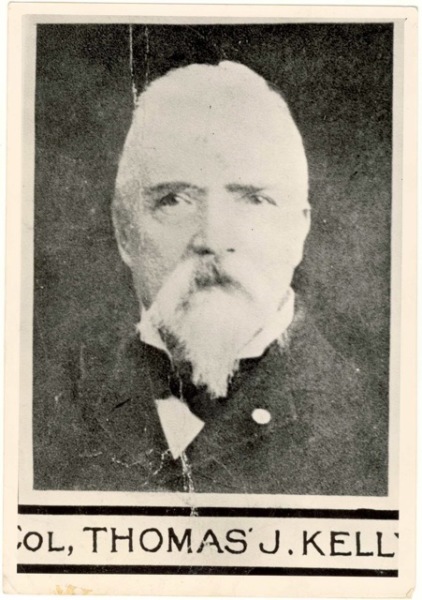 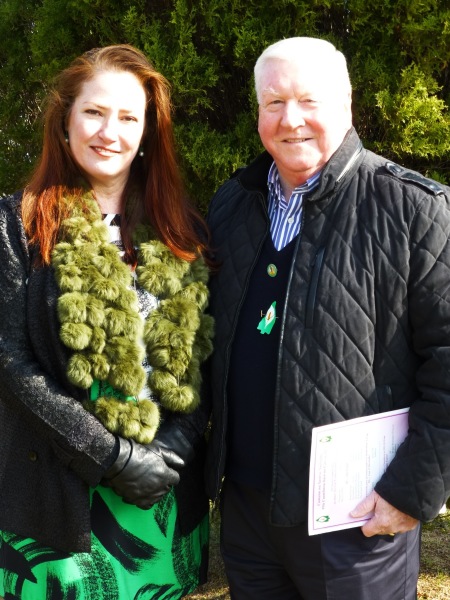 The execution of the Manchester Martyrs, November 23, 1867. 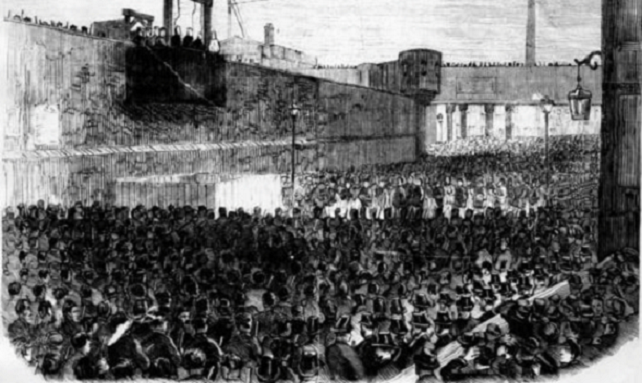 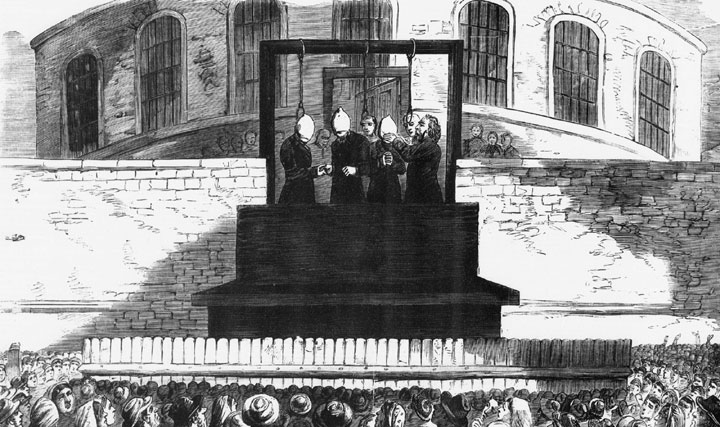