While we were not able to attend any of the Saturday events at the Cúirt International Festival of Literature due to prior obligations, the lineup certainly had great appeal.  Moreover, all the chatter on Twitter and from other sources of discussion indicates a superb day was had by all on Saturday.  Among Saturday's impressive offerings were the Crime Writing Workshop with Stuart Neville,  poetry readings by Priscila Uppal, Tishani Doshi, and Tiffany Atkinson, the Cúirt Poetry Grand Slam (from which the top three contestants go on to perform at Electric Picnic in September), and conversations with American novelist, A.M. Homes, American poet and novelist, Ron Rash, and Irish author, Claire Keegan.  Definitely some impressive names there.

Sunday was the final day of the 2013 festival, and it closed out in an emotionally moving way with the special afternoon dedicated to the Great Irish Famine.  The afternoon was hosted at Cnoic Suain, a wonderful little place on a hillside in Spiddal dedicated to giving visitors a flavour of Connemara life in the long ago.  William J. Smyth, a co-editor of "The Atlas of the Great Irish Famine," led off the afternoon by highlighting some of the fascinating (and simultaneously depressing) facts about the impact of the famine in the province of Connacht.  This book has been on my own wish list since its release in 2012, and hearing Mr. Smyth expound upon some of the information while he showed some of the maps taken from the book only served to further convince me that I need to purchase a copy.  If you have any interest in the sad but vital subject of "The Great Hunger," I urge you to get a copy of your own.

After Smyth's presentation, Cathal Póirtéir stood to share some of the background behind his landmark volume, "Famine Echoes."  Mr. Póirtéir had been a long-time radio producer when he set out to publish a collection of folklore and personal accounts of Irish men and women who lived in the generation immediately after the Famine era of the 1840s.  Many of these accounts were recorded in the Irish language, and Póirtéir read them just as they were recorded.  The accounts range from enthralling to heart-rending, and the same can be said for this book as the previous -- buy it if you have an interest in The Famine.

To close out the poignant afternoon, sean nós singer Áine Ní Dhroigheáin performed two stunningly beautiful songs from the Famine era.  She gave the background to each song, then sang each with the feeling that would befit any piece of verse conveying the realities of such a tragic era of human history.  The hushed crowd soaked in each lilted lyric as Áine transported us to the lamentable circumstances that were 1840s Ireland.

I cannot imagine a more powerful and a more authentic way to close out the 2013 Cúirt Festival.  It is events like the Famine afternoon at Cnoic Suain that I wish every visitor to Ireland could experience.  There are so many worthwhile sights and activities to take in when someone travels to Ireland, but taking some time to learn about turning points in Irish history like "The Great Hunger" are valuable beyond measure.  As someone who lives in Ireland, I lament the fact that so many of Irish citizens do not know the breadth and depth of tragedies such as the famine.  I appreciate the efforts of all involved in putting together the afternoon at Cnoic Suain, for I can say that I have a deeper understanding or and sympathy for what Irish men, women, and children endured as a result of the potato blight, and subsequent hunger.

Here's a brief video, which includes Cathal Póirtéir reading two absolutely gut-wrenching famine accounts (one in English, one in Irish) from his book, and a famine era song (written in 1847) performed by Áine Ní Dhroigheáin, complete with some background information on the song: 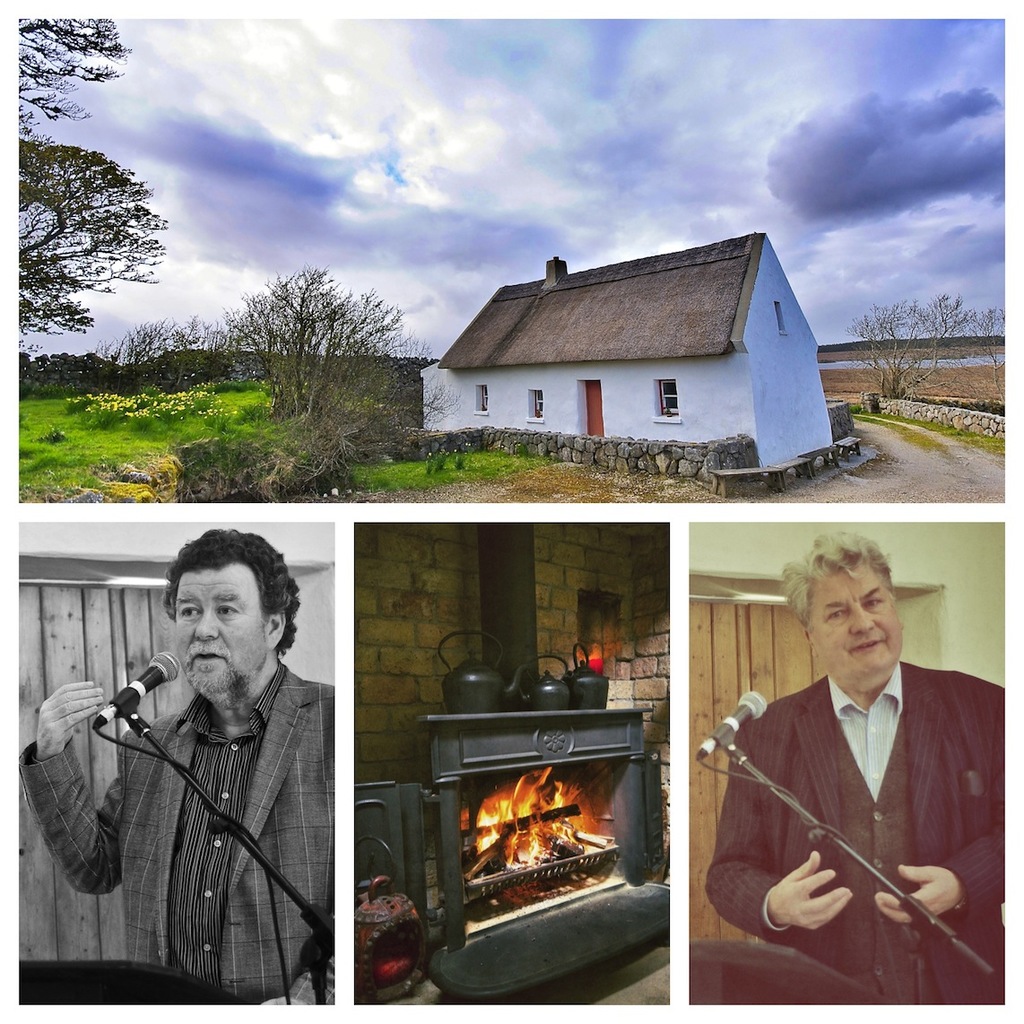