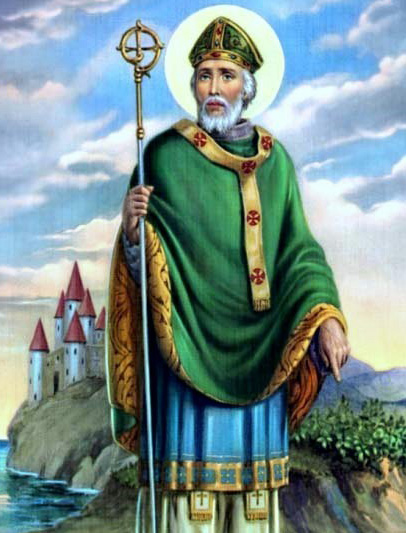 Let’s take them one at a time. Some claim St. Patrick was Italian because he was born in Roman-occupied territory, and his name was Patricius.  Actually, he was born somewhere in Wales around 386 AD.  His father was a Christian Deacon and, according to the Catholic Encyclopedia, his mother was related to St. Martin of Tours – the patron of Celtic Gaul. Although Wales was part of the Roman Empire at that time, its people were Celtic. As for his Roman name, it was given to him when he was consecrated Bishop and assigned to the mission in Ireland. Before that time, our patron Saint's name was Maewyn Succat, a Celtic name. Therefore, more evidence suggests that Patrick was Celtic, rather than any other nationality.  As for the snakes, geologically there were never any in Ireland to begin with. His connection with that legend stems from the Church's representation of the Devil in the form of a serpent and Patrick driving the Devil out of Ireland in that form. The question, ‘why are there no snakes in Ireland’ was erroneously found in St Patrick’s traditional statue.  However, Patrick is more revered for what he brought to Ireland, than what he drove away. Yet he was not the first to bring Christianity, but he was the most effective. 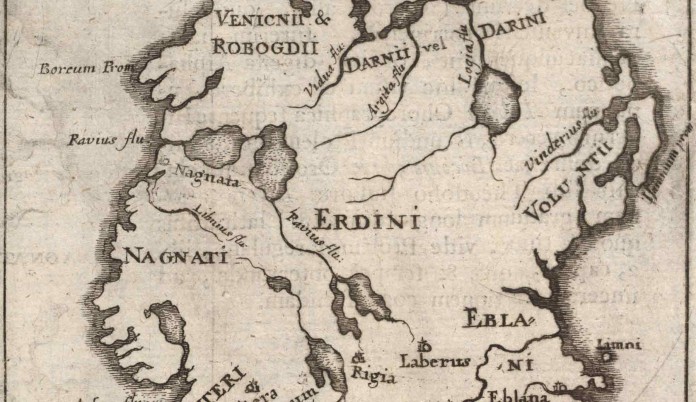 The story began when Ireland's High King, Niall of the Nine Hostages, sent a raiding party to the coast of Wales, and among the hostages taken as slaves was the 16-year-old Maewyn Succat. He ended up as a slave on Mt. Slemish, Co. Antrim, tending the flocks of Miliuc Mac Boin who was either a Druid or a minor Chieftain. After six years of prayerful intercession, he escaped following a voice in his dreams.  He wrote that he fled to the Sea of Focluth (Killala Bay) and then to Westport where he found passage and returned to his family. There, in three separate dreams, he heard the voice of the Irish calling, Holy youth, come again and walk among us. The Catholic Encyclopedia notes that he received religious training at St. Martin's monastery at Tours and later at a monastery on the island of Ile-St-Honorat. He was ordained a Deacon by Amator, Bishop of Auxerre about 418 AD and remained there until St. Germanus, Amator's successor, consecrated him a Bishop, giving him the name Patricius. At the time, there were a few Christians in Ireland, but they were without central administration and in isolated areas like the island in Wexford harbor where St. Ibar had established a church. In 431, St. Germanus sent Palladius to organize the Irish church, but Palladius was rejected and may have died shortly thereafter. According to Heric, St. Germanus’ biographer, Germanus then sent Patricius to Pope Celestine in Rome, who approved and blessed him.’  Patricius (or Patrick) was assigned to replace Palladius in 432 AD.

Patrick had the advantage of knowing Irish customs, traditions, and language from his years in captivity and the fact that he was a Celt. He never condemned the Irish as idolatrous pagans but explained their own traditions in terms of Christianity. Three was a sacred number to the Celtic people as they believed that all significant things came in threes such as birth, life, and death; sea, land, and sky; and rain, wind, and fire. Three was also evident in their triple deities like Brigid – goddess of poets, metalworkers, and learning. She was the daughter of Dagda – god of life; agriculture; and magic. The Morrígan was another triple goddess of death; of discord; and of war. As a former captive, Patrick understood their reverence for threes; why then, when he explained the Trinity, did he need a plant as a prop to illustrate it?   Further, since the leaves were separate, it was a poor analogy to begin with and there is no written reference comparing the shamrock to the Trinity until 18th-century manuscripts after the Celtic triad gods had been forgotten.

Patrick’s most significant legacy is the form of Christianity he left for it inspired a life of sacrifice which became known as White Martyrdom. It included prayerful solitude, fasting, tedious labor such as transcribing sacred and ancient documents, abstinence from worldly pleasures, and, most importantly – missionary activity. It was this devotion that led Ireland to become known as the Isle of Saints and Scholars, the University of Europe, and the Lamp of the West. It also led future generations of Irish monks to travel the continent as missionaries, bringing the light of learning back into the abyss after the Dark Ages and saving civilization for modern man.  As for the oft suggested idea that he was never canonized, according to the Catholic Encyclopedia, he was., The earliest procedure for canonization was a process called a Solemn Translation of relics. On June 9, 1186, a Papal Legate, no less than 15 Bishops, many abbots and high dignitaries joined a great gathering of clergy and laity to witness Cardinal Vivian perform the official Solemn Translation of the relics of St. Patrick, St. Columcille, and St. Brigid at Downpatrick.

This then is the man – the Saint – that we honor in March and it is our duty to see that nothing but praise and reverence are attached to his name. We may celebrate his memory with joy, but remember his love for the Irish, the tremendous gifts that he bestowed upon us, and the inspiration he provided which benefitted civilization and celebrate with reverent joy. We can begin by replacing all references to Paddy's Day with the proper name of Saint Patrick's Day for the difference between Paddy’s Day and St. Patrick’s Day is the same as the difference between the office Christmas Party and Midnight Mass!