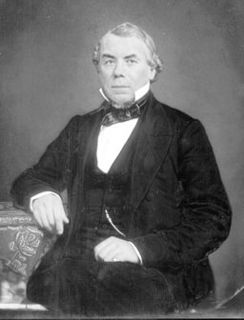 My interest in genealogy began when I was told that my grandfather, William Hagen Campbell, inherited money from America. Depending on who told you the story (and how much they had imbibed), it varied between £500 and £10,000! The only way to find out was to get the facts myself. I only had one clue to go on -- a small village in Northern Ireland called Plumbridge, near Strabane in County Tyrone. I had never heard of it, but at least I had a start.

If you search for the word Plumsbridge in Google nowadays, there are thousands of pages to browse through, including the stories of my family, but in 1999 information was scarce. However, I did come across a “Robert Campbell Fur Trader,” who left Plumbridge for America in 1822. Surely a fur trader from that long ago couldn’t have made enough money for my grandfather to inherit some of it?  How wrong I was!  An incredible family history of the famous and the infamous and of tragedy and success emerged, and it all started with an inheritance.

Robert Campbell traveled to America in the footsteps of his brother Hugh who had moved there a couple of years previously. He moved to St Louis, Missouri, where he joined fur trader Jedediah Smith for an expedition to the Rocky Mountains in 1825. This was to be the start of a successful 10-year career as a fur trader.

Robert was involved in many expeditions, which took the respective parties into conflict with the natives, including the Flathead and Crow. In a letter to Hugh, he commented that he witnessed a scalping, calling it "the most horrible thing I have ever witnessed.”  However, Robert got on well with the Native Americans and was one of the very few white men trusted by the Plains Indians. He also became a blood brother to a Flathead brave.

After Robert’s retirement from trapping in 1835, he went into business with his long-time friend William Sublette. He had his “fingers in a lot of pies,” ranging from dry goods to real estate and steamboats. Indeed, Robert gave the author Mark Twain his first job as a riverboat pilot on the Mississippi.

Robert’s business acumen drew increasing attention, and he was made president of the Merchants National Bank and the First Bank of Missouri in 1843. His views were well-respected, and he was a confidante of six Missouri governors and three U.S. presidents, the most notable being Ulysses Grant, a frequent visitor to his home. To show how powerful Robert became, my great-great grandfather, Robert Boyle Campbell, son of Robert's older brother Andrew, left Ireland for the United States during the American Civil War and was found with Confederate papers. He would almost certainly have been given the death sentence, but due to Robert's influence he was deported to Ireland. I have Robert to thank for being here!

"Family lore says that after enlisting in the Confederate army he [Robert Boyle Campbell] decided to desert.  He tried to find haven in St. Louis, which was a Union outpost, but on making his way there while still unwisely carrying Confederate identification, he was caught by Union troops who suspected him of being a Confederate spy and threatened to hang him.  This time his uncle [Robert Campbell] came to his aid using his considerable influence to get Robert Boyle released."

Although Robert was popular with the ladies and had been known to trade alcohol for a night with a squaw (it was illegal to sell alcohol to Indians), he had never settled down despite promptings from his brother Hugh and sister-in-law Mary. This was to change, however, in 1835, when he first set eyes upon Virginia Kyle, Mary’s niece. Robert was a man of 31 years and Virginia was only a 13-year-old schoolgirl. His brother and sister-in-law were aghast, but despite their protestations, along with those of Virginia’s mother, Lucy, they became a “couple” although this connected mainly via letters. Lucy was insistent that she would not give her consent to marriage until Virginia was 18. In 1841, Lucy finally gave permission for Robert to wed her daughter and the ceremony was held at Lucy’s home in Raleigh, North Carolina.

Robert and Virginia (you can read Robert and Virginia's letters on the Campbell House Museum's Blog) had their first born, Robert, in 1842 and had 12 more children in the following 22 years. In this time, she also sadly had several miscarriages and stillbirths. Of the 13 children born, only three were going to make it to adulthood -- Hugh, Hazlett and James.

After a long and happy marriage,  in 1879 Robert finally succumbed to the tuberculosis that had cast a cloud over him all his life. From humble beginnings as a farmer’s son in County Tyrone, he had become a multimillionaire and helped shape the New World. He left behind Virginia, who died three years after him, and his three remaining sons.

Hugh Campbell was born in 1847 and graduated from St. Louis' Washington University in 1867 with a law degree but he never practiced. He was known as the life and soul of a party. As he got older he gave up this lifestyle to look after his younger brother Hazlett. He did, however, lay on parties at the Campbell home for local children and was very charitable, donating money to among others, local children’s homes and churches of all denominations.  Hugh died of heart disease in 1931 after nearly 20 years as a virtual recluse.

James was born in 1860 and attended Yale University for three years, leaving due to his mother’s death in 1882. In 1885 he resumed his studies, this time at Harvard and graduated with honors in 1888. He and his two brothers then went on a tour of Europe that lasted until James took ill with a severe bout of pneumonia and died in Paris in 1890. A sad Hugh and Hazlett returned to St Louis with their brother’s remains.

Hazlett Campbell was born in 1858 and graduated from Smith Academy in 1876. A close friend of his noted that he started becoming peculiar around 1878, and worsened after the death of his mother in 1882. Today he would most likely be diagnosed with schizophrenia but little or nothing was known about it then. Even though Hugh had taken him to Europe’s best physicians, no cure could be found for him. It is very possible that lead poisoning in the womb caused his illness. Hazlett died intestate in March 1938, and, as he had inherited his father's fortune, it was his passing that created the mad clamber to claim his estate.

After a lot of painstaking investigation, which included a visit to Plumbridge, I finally found out the truth about this mysterious inheritance. Robert Boyle Campbell's son William Laurence Campbell died aged 36 in a poorhouse in Glasgow.  In August 1939, Robert's grandson and my grandfather William Hagen Campbell traveled from Thurso, Scotland, to Glasgow to give evidence at a special court of inquiry held in front of Mr J. J. Nangle, who had been appointed by the Circuit Court of St Louis in June 1938. My grandfather had to bring identification and swear in court to his identity. I actually have a copy of the court papers taken that day. He then had to wait to see if he would inherit any of the $2 million (£400,000) left by Hazlett.

Finally, in 1942, my grandfather, along with his four siblings, inherited one full share between them of the “Campbell millions." A full share was just over £10,000, so divided by five comes to around £2000. However, lawyers on both sides of the Atlantic had their cut of the money which equated to around a third of the cash. So after 20 years of tales, rumors, hearsay and stories, I finally worked it out that my grandfather came into the sum of £1,300 in 1942. A nice wee amount to get today, but during World War II he and my granny must have felt like millionaires!  The fortune I inherited was this incredibly rich Campbell family history, and the stories keep unfolding!

The Campbell family house in St Louis is now the Campbell House Museum and between 2000 and 2005 had a major facelift that took it back to the way it was when Robert was alive.

This farmhouse built by Hugh Campbell in 1786, in Aughalane, Plumbaridge, County Tyrone, has two stone plaques above the front door, one bearing his name and the year 1786, and the other has an armorial of the Dukes of Argyle, indicating that even after many generations in Ireland, the Campbells of Aghalane claimed kinship with the Campbells of Argyle. This house that Andrew, Robert and Hugh grew up in was, several years ago, painstakingly taken down brick by brick and rebuilt at the Ulster American Folk Park a few miles away. I have had the privilege of visiting the Campbell House and the Folk Park on a couple of occasions and recommend it to anyone who has an interest in Irish emigration to America. (This was first published on WG on Jan. 31, 2012.) Lawrence Campbell was born in Thurso, Scotland, a small town in the far north of the country where he still lives. He is a maintenance engineer and has worked in the nuclear industry since the age of 16. He has been interested in genealogy for around 12 years now and has traced the Campbell line in Ireland back to around 1687.