Review of: 'They Killed the Ice Cream Man' 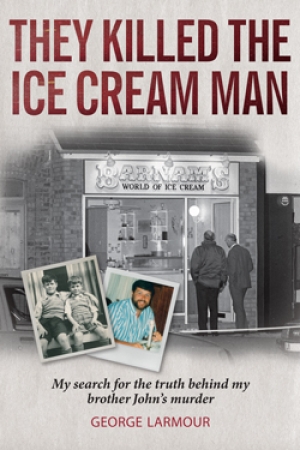 To say that truth is always the first casualty of war may be a cliché, but it never was more apt than when applied to the thirty years of Ireland’s most recent, painful and pointless ‘Troubles’ [1968-98]. Many grief-stricken relatives and friends of the dead and ‘disappeared’ of the conflict are still seeking the truth surrounding the fate of their own loved ones. A few have been successful; many have not. Many have died without knowing.

At 10pm on 11 October 1988 John Larmour was about to close up his brother’s ice cream parlour on Belfast’s Lisburn Road and was just waiting for a teenaged couple to finish their sundaes when two sinister-looking men entered. One approached the counter. The other remained standing by the door. If John, an off-duty officer in the Royal Ulster Constabulary, sensed danger in their behaviour, he had neither time nor opportunity to react. The man at the counter suddenly produced a Ruger handgun and cold-bloodedly pumped four bullets into the ice cream man. John fell, mortally wounded, behind the counter.

The second gunman, still standing by the door, decided that, perhaps to preclude their acting as witnesses to the atrocity, or perhaps just to sate his own lust for killing, the two teenagers should also die. Pulling out his own Browning 9mm, he pumped two shots into the youth, who had bravely thrown himself forward in a vain attempt to protect his girlfriend. A third shot from the Browning entered the girl’s chest, narrowly missing her heart. The first assassin then leaned over the counter, intending to deliver a coup de grâce, but only succeeded in firing two shots into the floor alongside the dying man.  The two killers then fled like common thieves into the night.

Though John Larmour and his teenaged customers were just three amongst an estimated 50,000 casualties of that conflict, the effects of that incident would reverberate widely and still do so today. Though the teenagers would survive, their lives, their young bodies and their innocence were shattered that night. Tragically, John’s parents would pass away not long after, their hearts and spirits broken, and  John’s son would grow up fatherless. Another victim was the innocence of the many happy children who had regularly flocked to Barnam’s World of Ice Cream, their pocket money in their hands. They, too, were deeply affected by the realisation that such bloodshed could occur in what, to them, was a palace of delights, a safe haven for families in that beleaguered city. 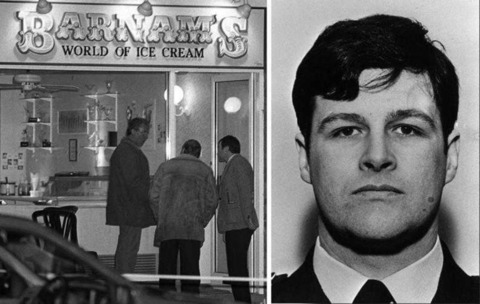 John’s brother, George Larmour, did all he could to help the authorities identify his brother’s killers. Today, however, almost three decades after the event, his relentless pursuit of the truth continues. Hindered rather than helped by the various bodies tasked with investigating such crimes, bodies including HET, the Historic Enquiries Team, he might be forgiven for thinking that HET actually stands for ‘Hide Everything Team’. Understandably angry and frustrated about the lack of action in the case and the casual or perhaps criminal way in which crucial evidence was lost or destroyed, George has written and published an account of the murder. His book charts the subsequent activity, or more accurately inactivity, on the part of those whom taxpayers fund to investigate such outrages.

They Killed the Ice Cream Man is a most astonishing account of the incident and of the obfuscation and obstacles, mealy-mouthed platitudes and empty promises that over the ensuing years have been the only response from the authorities to George’s pleas for the truth, if not for justice. The book tells of the disposal and falsification of evidence. It points persuasively to links with other high profile killings, including those of lawyer Patrick Finucane, of three IRA suspects in Gibraltar and of two innocent Australian tourists in the Netherlands. It also offers up a highly credible explanation for the reluctance of the authorities to investigate the case – the existence of a ‘super tout’ whose identity must be protected at all costs.

They Killed the Ice Cream Man is beautifully written. It works on many levels, as an historic account of the brutality of that senseless conflict, as a gripping account of conspiracy and cover-up, and as a heart-rending story of a family tragedy. Since its release in May 2016, the book has prompted yet another promise from the Police Service of Northern Ireland to examine all ‘credible’ evidence in the case. Their inclusion of the qualifying adjective ‘credible’, however, may suggest that this promise will be as empty as all those promises that went before it.

I do hope you will read this book. Be warned, though, that, although it will keep you engaged and intrigued to the end, it may leave you desperately tearful as it did me. 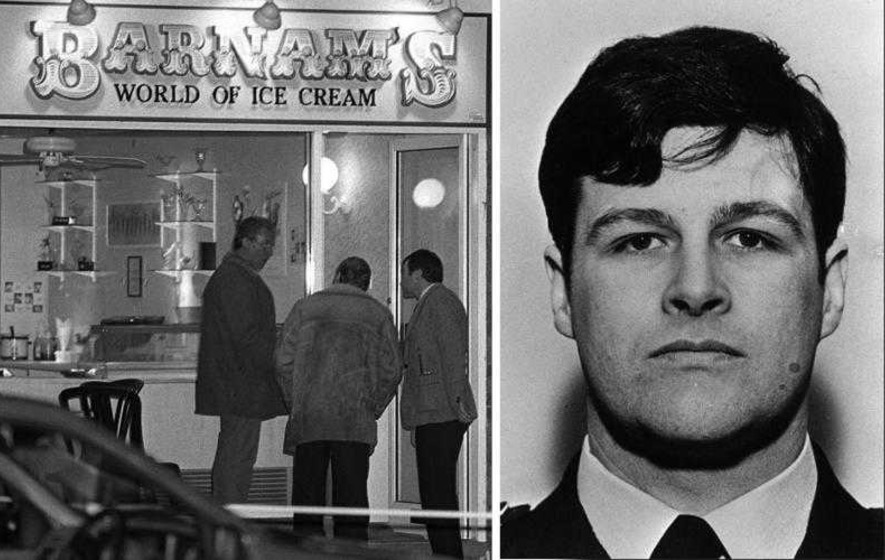 Thank you D J Kelly for this review. George Larmour's book is a sad indictment of events in N Ireland since the 'end' of The Troubles, reminding us that many of the population there still nurse broken hearts and harbour a deep sense of injustice.

Shock 'n Awe...! I just couldn't put it down...
A compelling modern tragedy...George Larmour tells the story of his brother John's brutal murder by the IRA, how that imploded upon his family, and of his almost 30-year search for the truth behind John's slaughter. It is beautifully written, and presents a highly complex narrative in a remarkably readable style.

George gently weaves a gripping tapestry of how John's murder was interwoven between dramatic historic events and the dirty counter-terrorism war of espionage & informers, reaching to the highest levels of the IRA, the RUC, & even potentially of the British Government.

Above all this is a book of compelling evidence and uncomfortable questions for the IRA, Sinn Fein, and the police, justice system and British government. In our supposed post-conflict civilised society, these questions cry to heaven for answers.

One marvels at George's measured tones and calm objectivity in the face of the life-long horror visited upon his family by the IRA, and exacerbated for decades by RUC & the justice system's apparent dogged determination to conceal the real truth behind the murder of John and other innocent victims.

Brilliantly and concisely written review that left me angry, sad and limp with memories I've tried time and time again to deal with. The murder of John Larmour and the subsequent cover-up show the British state for what it is, a whited sepulchre. I narrowly escaped death on Bloody Sunday and know that the orders came from Downing Street - the purpose of that day's murders being to destroy the civil rights movement. The term Perfidious Albion doesn't even begin to describe the cesspool that the British political establishment is.