In January 2015, Fordham University Press released "The Sons of Molly Maguire." Mark Bulik’s upcoming work is the latest in a line that characterizes Pennsylvania’s alleged “Molly Maguires” as Roman Catholic men influenced by an alleged Irish form of violent reprisal that had its origins in alleged secret society activity.

But historical evidence shows that all of the Irishmen charged as Pennsylvania’s “Molly Maguires” belonged, not to a secret society, but to the benevolent order known as the “Ancient Order of Hibernians” (AOH). Many were county delegates. Pennsylvania’s twenty-one AOH men hanged from 1877 to 1879, and dozens more imprisoned, moved under a legal charter filed in 1871 with their state legislature. Their prosecutions took place not just in five counties in Pennsylvania’s hard coal region, but in three soft coal counties as well.

Their 1871 AOH charter included the motto “True Christian Charity, by doing to each other, and all the world, as we would wish they should do unto us.” The charter that governed Pennsylvania’s alleged “Mollies” embraced the Golden Rule. Historical evidence suggests that Hibernians charged as “Mollies” helped draft that charter.

In 1874 Daniel McDermott, a hostile parish priest, covertly accused Patrick Hester, AOH county delegate later hanged as a “Molly,” as one of two Hibernians “who lobbied the charter through the Legislature.” Hester’s political acumen reinforces this probability.

At the height of the Pennsylvania trials the Philadelphia Times ran a column that included this statement: “The constitution book, it is alleged, until lately had printed in it, after the conclusion of the by-laws, the names of the framers of the charter of the organization. The books, as printed at present, contain no such names. It is merely hinted that this is because some of the framers of the charter are at present awaiting trial or sentence for murder.” 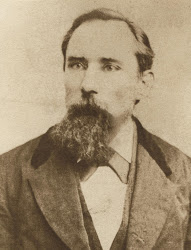 The most likely “framers of the charter of the organization” included county delegates Hester, Thomas Fisher, and John Kehoe, all charged and executed as “Mollies.” All three were charged with capital crimes that had taken place in the past—in Kehoe’s case, the far distant past. All three asserted their innocence.

Adherence to their Roman Catholic faith defined these men. Events proved them willing to die for it.

Kehoe, right, high constable for Girardville and former hopeful for state assembly, left behind in his prison cell a biography of St. Alphonsus Liguori, the persecuted founder of the Redemptorist order. In spring 1878, Kehoe wrote to a friend from Pottsville Jail: “I would sooner die than swear a wilful [sic] lie on my fellow man.”

On the morning of his execution, at the close of the second Mass said on his behalf—celebrated in a prison work cell transformed by six nuns—Kehoe, father of five young children, “expressed his satisfaction that the day was one of the Virgin Mary’s feast days, for, he said, he had great confidence in her intercessory power.”

As he approached the gallows, Kehoe wore a rosary around his neck. In one hand, he carried a blessed, lighted candle. 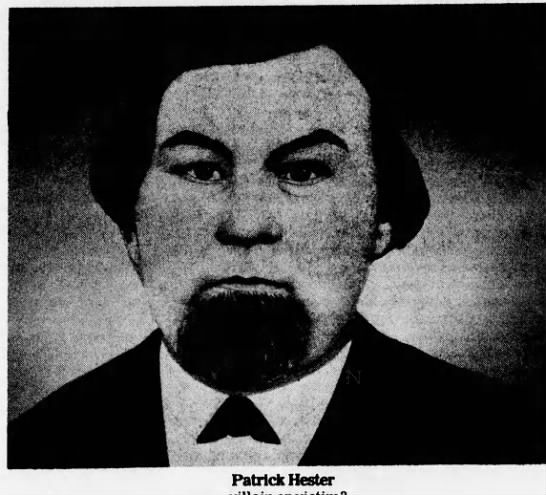 AOH county delegate Fisher showed similar fortitude. In addition to his AOH duties, Fisher served as treasurer to the Summit Hill division of the Emerald Benevolent Association, a Roman Catholic order that had issued a call for Catholic colleges worldwide. Shortly before Fisher’s arrest, an area editor named him as likely successor for county tax collector.

“Of course whatever is the will of God I will abide by,” Fisher told a reporter a few days before his execution. “I am ready whenever God calls me.”

Fisher died alone on the gallows at Mauch Chunk. His was the fifteenth of twenty-one “Molly Maguire” executions—executions driven by a corrupt industrialist, a hostile press, a hostile regional clergy, a near-bankrupt detective agency, and a region in the grip of ethnic hatred fueled by local nativist lodges and a vicious ethnic caricature.

An older married man, Fisher had no children. But his nephew, J. S. Fisher, served as secretary to Carbon County’s division of the national Greenback Labor Party.

On the gallows Fisher, as did so many condemned Hibernians, carried a crucifix before him. It was fashioned of ebony and gold. As the Coal and Iron policeman pulled the rope over his head, Fisher prayed aloud. He continued to pray as the sheriff knotted the rope around his neck. When hoisted, Fisher prayed until he had no breath left to pray. AOH county delegate Hester, grandfather and former school director, tax collector, township supervisor, and overseer of the poor, had four grown daughters. All four served as area schoolteachers. In February 1878, Hester wrote to his wife “it appears to me that there was some great foul dodge worked in this Business but Everything has to Come as God wills it.” In March, Hester comforted his co-defendants, urging “may God prepare us for the next and better world.” Hester asked God’s forgiveness for those who drove his arrest and prosecution.

Of his upcoming execution, Hester told his co-defendants: “as for death, I am not afraid, for I am almost tired of this sinful world … All that troubles me about dying is, to die of what I am not guilty of … may God in His mercy do what is just and right to all.” Hester carried a small ivory crucifix before him on the gallows.

Kehoe died rather than swear a lie against his fellows. Fisher and Hester shared Kehoe’s fortitude. Fisher, Hester, and Kehoe all governed younger Irish Catholic men under the charter of their benevolent organization—a charter they likely helped draft. Their stoicism, their willingness to die rather than perjure themselves, their utter lack of cynicism, their steadfast faith—all prove more enduring than a century and a half of continued attempts to portray these Hibernians as murderous “Molly Maguires.”

See Anne Flaherty's other articles on "The Mollies" here.

To learn more about this extraordinary history, visit www.KehoeFoundation.org.

Reprinted from the blog From John Kehoe’s Cell. All rights reserved.