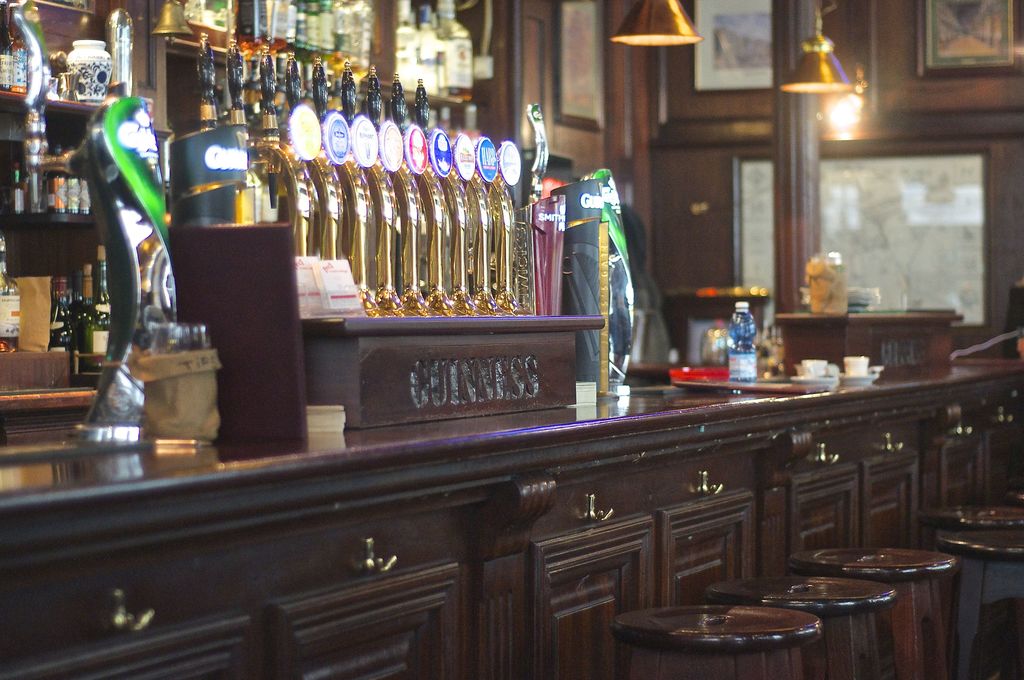 Italian culture is strong -- endearingly strong.  I wouldn't want it any other way, because Italians do many things right.  Food, coffee, art, family ... the list could be a rather lengthy one.  So when a small bit of authentic Ireland creeps in and takes a foothold in the centre of Italy's capital, it's a big deal.  At least I think it is.

My wife and I paid our first visit to "The Eternal City" just this week.  As we were walking along one of the busiest streets in Rome, we saw a sign directing passersby to gaze to the left if a bit of Ireland in the middle of what was once the centre of the world was required.  We took the left turn to check it out.

Once you step into the pub, you'd think you were in Ireland.  They've done an excellent job of recreating the feel of a genuine Irish pub ... just as it would be found in Galway, Cork, Sligo, Limerick ... anywhere in Ireland.  I will say the menu (other than the beverages menu) was distinctly Italian.  I do wish they had included at least one section of the menu for more traditional Irish fare.  That being said, Irish cuisine is only recently "coming into its own," so I suppose Italians and their flare for fine food cannot be blamed to a great degree for opting instead for what is most sought after when in Rome.  Perhaps this will change in the coming years.

If you're ever in Rome and want a little taste of "The Land of Saints and Scholars," look up Trinity College Irish Pub on Via del Collegio Romano in the city centre. 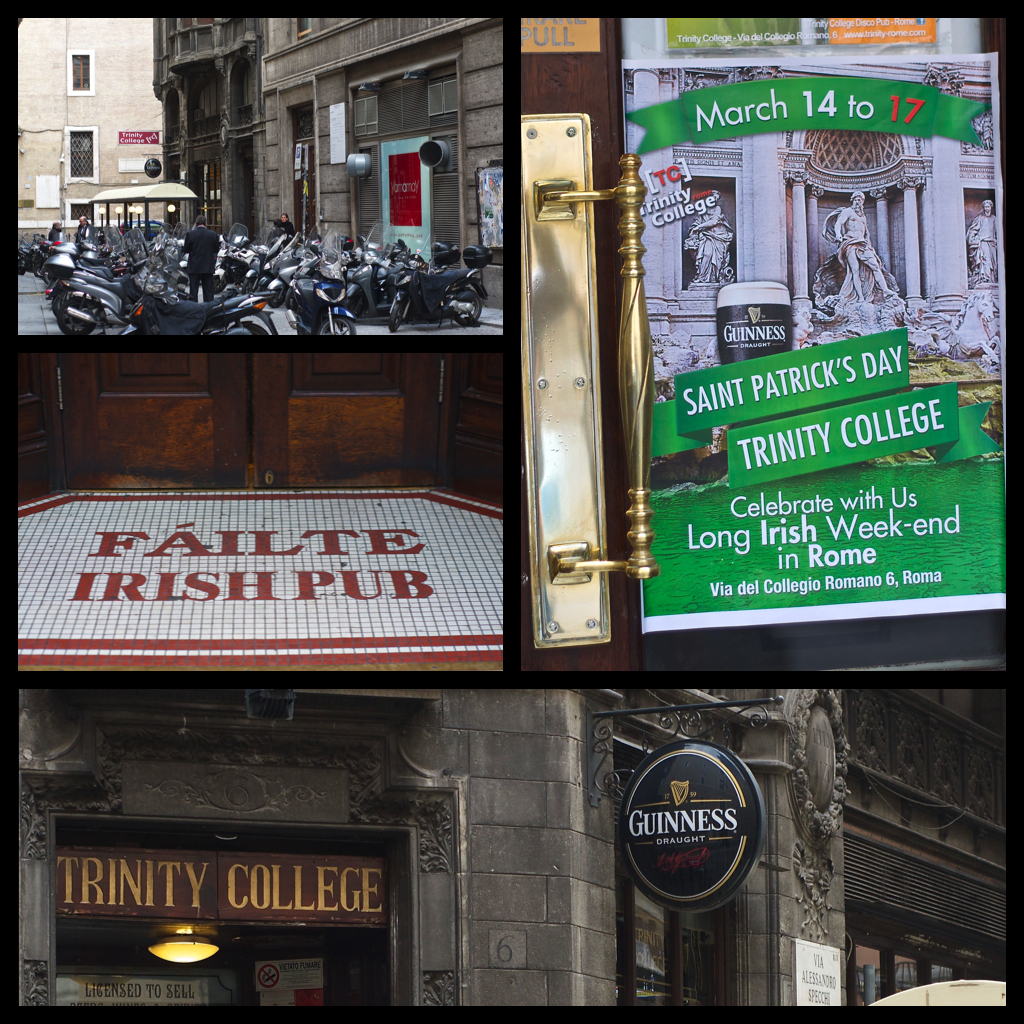