In the photo above, Dad is standing, third from left, next to film star Maureen O'Hara. To Dad's right is a member of Dublin's St. Lawrence O'Toole pipe band. Fellow Rheingold Brewery executive Bert Kummer stands next to the man to O'Hara's left. The venue is the Hotel Astor. The band arrived earlier from Ireland as guests of Rheingold. Below is a closer view of the relevant figures in the photo, with my Dad by Maureen's right. The picture was shot March 11, 1960. 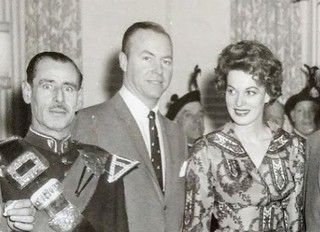 I was born out of wedlock in February 1953, and was adopted by my parents three months later. It was a "closed adoption," meaning that adoption officials were ordered to keep my original family's identity locked in a vault, away from me and even my new parents. My sister, Laura, also adopted, and I were, at least to the casual observer, to pass as my adoptive parents' offspring.

For decades, I believed, improbably, that despite my adoption, my Dad conceived me as well as raised me, for this was what he told me. I began searching for my first mother in 1992, at age 39, since Dad repeatedly and tearfully refused to identify her. In point of fact, he couldn't because he never met her and didn't know her.

My part-time but obsessive quest to find my first mother took three years to complete. Early on I learned from the records provided by the adoption agency that, at my birth, my mother had red hair, was 20 years of age, 5'9" tall, "very attractive and poised," with fair freckled complexion and green eyes.

Without much thought, one of my earliest candidates was Maureen O'Hara, who, for most of her 95 years, stood nearly 5'8" tall and possessed the requisite beauty, poise, green eyes, red hair and, to boot, fair freckled complexion. Maureen was 32 when I was born, not 20, however. The discrepancy didn't diminish my hopes.

I found when I embarked on this search, this journey of self discovery really, that the possibilities were dizzying and also intimidating -- rejection, for one, or a grave, or a dead end. Even "success" -- that is, discovery, acceptance and the prospect of getting to hold my mother brought its own fears. So, I thought, why not be upbeat -- Maureen O'Hara seemed at least a possibility. After all, women pregnant out of wedlock sometimes lied to agencies to better mask their identities, and their shame. O'Hara had one child by the time I came along, a daughter, named Bronwyn FitzSimons, born nine years earlier. Discounting the age divergence, the clues were tantalizing. Still, more sober reflection provided hints that I was on the wrong track. For one, Maureen's biggest success, the John Ford-directed film "The Quiet Man," premiered in the UK in July 1952 and in the United States a month later. These would feature big splashy openings, with requisite publicity interviews and photo ops. She may have started to show about that time. Hmmm . . .

Photo right, another beautiful woman who graced my life -- my Mom (second mother), voted "best-looking woman" in her high school graduating class, and I, circa 1961.

As my research progressed, it became ever clearer that my mother's name was not Maureen, nor O'Hara. Yet I remain delighted to report that my first mother is, in fact, of Irish ancestry, through two sets of Irish immigrant grandparents. She was (and remains in my mind's eye) beautiful and poised, at 5'10" with green eyes and freckles, suggesting, when in her prime, a felicitous blend of O'Hara, Grace Kelly and Audrey Hepburn, with keen intelligence, as well.

Those early days of my search, when every tall redhead was subject to intense scrutiny, were a heady, if quite perplexing, few weeks. So, Ms. O'Hara, despite this flirtation, in fact, I hardly knew ye! That said, let me seize the opportunity here to wish a Happy Mother's Day to ma mere, and to all mothers worldwide! You all have my utmost respect and gratitude for assuming a station in life that we mere mortals too often take for granted!

Below, a scene from "The Quiet Man" (1952). Pictured are John Wayne and Maureen O’Hara. 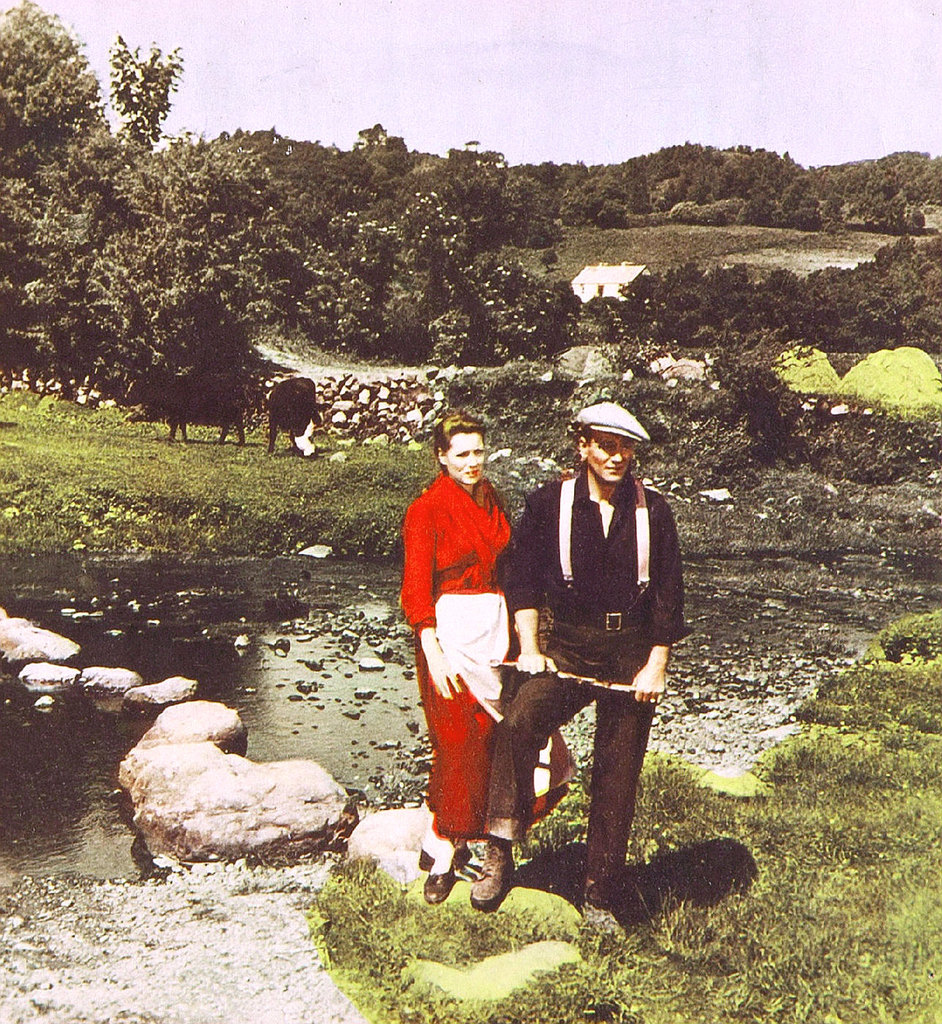 I can see why you thought your Mother could be Ms O'Hara! Now that concept must have been amazing! Wonderful that you did find your true Mum though :)

Scene from a movie classic. 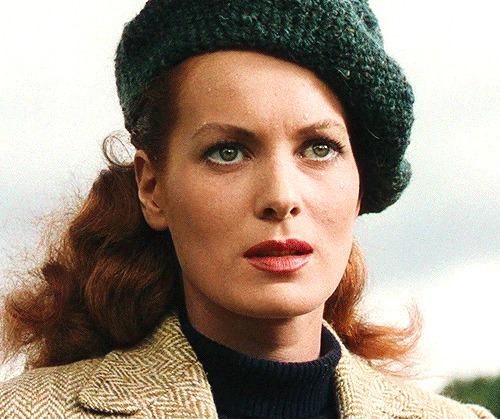 @TheWildGeese shows up in the #12 slot in Google results using the key words "Maureen O'Hara mother," ahead of The New York Times, LA Times, BBC and the Daily Mail (and hundreds of thousands of others. Happy Mother's Day to moms worldwide. One tough job! https://t.co/UiHCg7vdCl pic.twitter.com/VJm6dQcT9L