"He nothing common did or mean
Upon that memorable scene:
But with his keener eye
The axe’s edge did try.
Nor called the gods with vulgar spite
To vindicate his helpless right,
But bowed his comely head
Down as upon a bed."

- The Poem was written by Andrew Marvell, in ‘An Horatian Ode Upon Cromwell’s Return to Ireland’, one of many Royalist publicity coups designed to reinstate the monarchy. 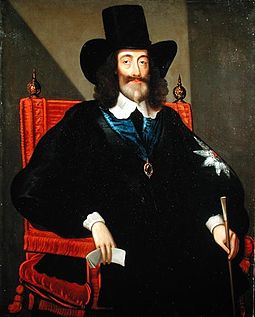 The Galway connection is obviously 'The Kings Head' bar on High Street. Nowadays a popular pub, entertainment venue and restaurant, back in 1649 when Charles was executed it was the Bank Castle, one of many Lynch manor houses in Galway city.
The execution of Charles I put an end to the Civil War in England but marked the start the Cromwellian invasion of Ireland, earning him the reputation of a mass-murderer for his terrible treatment of Royalists and Catholics in Ireland. While the English Civil War led to the deaths of some 300,000 people in the period 1642-1649, or 6% of the population, in Ireland it led to the deaths of about 600,000 Irish, or 40% of the then Irish population of 1.5 million. The dead were soldiers sure, but the wars and general chaos killed many hundreds of thousands of poor peasants who starved to death during Cromwell's policy of crop-burning and agrarian interruption, denying the enemy food and supplies, and causing famine to stalk the land.

Galway city was besieged by Cromwell's army under General Coote (who directed operations from Claregalway Castle) for 10 months, from June 1651 to April 1652, after which a surrender of the city, on terms was arranged. Colonel Peter Stubbers was put in charge of the now surrendered and devastated city. He confiscated The Bank Castle, (Kings Head today) for use as his headquarters and billeted his troops, some 1,000 battle-hardened and land-hungry Puritan soldiers and their officers. They had but one thing in mind, confiscation of Royalist land. Galway's first non-native Mayor (previously mainly Norman Tribe names) was Peter Stubbers, who in 1654 expelled all rebellious people (mainly city merchants and their servants) from the city. Whether he profited from shipping catholics to Barbados is up for debate, but he certainly profited from something.
He was not to stay in Galway much longer.
The Restoration was his downfall.

Once the Great Protector, Oliver Cromwell died in 1658, and after a disastrous short period of rule by his son Richard Cromwell, in 1660 Charles II was restored to the throne of England, Scotland, Wales and Ireland. His first act was to command that all the 59 signatories of his father's execution warrant be rounded up and executed themselves. Some had died in the meantime, some were captured, though many more had fled, to Europe and some to Connecticut, where they were protected by the Puritans there.
Peter Stubbers didn't sign Charles I's Execution Warrant. He didn't have that status. He was nothing but an opportunistic, journeyman soldier, taking advantage of a devastating war to enrich himself, and his fellow soldier, Richard Gunning, who took the house behind the Bank Castle as his own. They both disappeared from Galway, in 1660, no doubt feeling the heat from the hue and cry, as the former Cromwellian statesmen and their followers were coughed up, arrested, imprisoned and even hanged, drawn and quartered at Tyburn and Charing Cross... a spectacle of horror that can only be imagined. (Cromwell was subjected to that too, though two years after he had died).

Going back to that chilly afternoon in London, with Charles I kneeling, his long hair tied up in a hair-net, his head resting on the block, wearing two shirts lest he shiver in the cold and appear afraid to the huge assembled crowd. The executioner was masked and disguised. Let's face it, this was no ordinary execution. This was a Regicide. There would be repercussions. There is much debate over his identity and that of his 'headsman'...whose unenviable job was to retrieve the newly severed head and display it to the crowd.

Richard Brandon, (not Branson) was then the common hangman of London, but he refused this lucrative job, despite being offered £200 for the chop, the equivalent of maybe £200,000 nowadays. Many other handy axemen have been proffered as potential executioners, including George Joyce, William Hulet and Hugh Peters, however his identity remains a secret as nobody has ever come forward and said 'I did it'.

Well almost no one.
'Seems Peter Stubbers and Richard Gunning were fond of over-imbibing on the confiscated wines and brandies that filled the cellars of the merchants of Galway, cellars that they now laid claim to. Rumour has it that they were close, 'thick as thieves' one might say, and so they were. Galway lore has it that they had 'done the deed' in London in 1649. They were certainly boastful, brash, bold, cruel, and rich, rich beyond their Gloucester dreams, they lived high on the hog in Galway until 1660, when in the dead of night, shortly after Charles II was restored to the throne, they both quit town.

Galway has seen many a night-time flit, since, and before, but these two, well they take the prize. Could they have been the hooded axeman and headsman on the scaffold outside Whitehall Palace in London, on that wintry January 30th day in 1649? Who knows?

PS. Charles I was a Catholic, and his enemies a mix of Anglican Protestants and Dissenters, Presbyterians, Methodists and Puritans. The institutional distrust of Catholics continued long after Charles I death and culminated in Ireland with the passage of the Penal Laws at the end of the 17th century, essentially proscribing the Catholic religion and condemning catholics to poverty and persecution that lasted into the 19th century. Catholicism went underground, priests were hunted down and killed, churches destroyed and land confiscated. Admitting to being catholic was dangerous and did your career prospects no good. Secret signs were used and one became quite popular in Ireland. The Cavalier King Charles Spaniel, so favoured by the executed King and his son Charles II, became a secret symbol silently, secretly declaring 'this is a catholic house'. The practice of displaying two pottery dogs on the mantle pieces and windows of cottages stems from this. 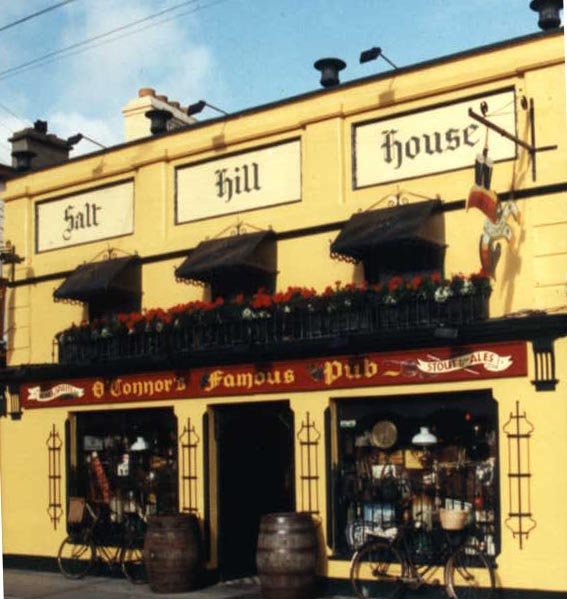 Check out O'Connor's Famous Pub in #Salthill where they have over 40 such 'dogs' scattered around the pub. Come on one of my 'Fireside Tours' at O'Connor's pub, or take a Galway City Tour with me, for more stories like these.
Check out my website Galwaywalks.com
Feel free to share;
#OnThisDay #GalwayWalkingTours #GalwayCityWalkingTours#GalwayWalks #WalkingTours #OTD #Galway #Ireland

Thanks Brian for this interesting piece of history. I dont think the tribes or the Galwegians will like to be associated with hangmen/ axemen even if they were the ones who done a number on Oliver. I heard he was dug up years after his death and axed. It must have been a messy job to have had him hanged drawn and quartered as well.