After his stunning victory at Ben Burb on the 5th of June 1646, Eoghan Rua responded to the Nuncio’s appeal to look south and use his influence to prevent the ratification of an agreement which would have placed the Irish Confederate government under the King of England.  Historians will debate that he might should have cleaned house in Ulster first, but the Nuncio had provided him with the means to arm, equip and pay his army, without which there would have been no real “catholic army of Ulster”, and no great victory at Benburb.

Eoghan Ruadh O’Neill’s insistence upon Irish sovereignty came to be more and more a minority opinion among the Confederate Irish, most of whom saw the Royalists as the only viable allies against the Parliamentarians.  O’Neill’s nationalist position would bring him into conflict with some of the Confederate Catholics over the next three years.

News of Cromwell's invasion of Ireland and the subsequent storming and massacre of Drogheda (11 September 1649, left) finally convinced O'Neill that an alliance with the Royalist Ormonde was Ireland’s best hope.  Ormonde was desperate to gain the support of O'Neill and the Ulster army and came to terms with him in October 1649, promising on behalf of the exiled Charles II, restoration of Irish lands in Ulster and freedom for the Catholic faith.  Before they could join forces against the New Model Army, however, O'Neill fell suddenly ill. It is the traditional belief in Ireland that he was poisoned by an English agent.  He died on 6 November 1649 at Cloughoughter Castle in County Cavan and was buried in an unmarked grave in the Franciscan priory at Cavan Town.

It has long been maintained in tradition that O'Neill was in fact poisoned at the hands of a woman who placed a toxin in his shoes before a banquet. O'Neill danced vigorously at the affair for several hours, causing the substance to be absorbed into his skin, leading to his death several days later.  [Toxins are produced by certain plant processes, they are not living micro-organisms, but can be poisonous.  In the aftermath of the first Gulf War (1990/91) Saddam Hussein used (“yellow rain”) toxins against certain Kurdish villages in Iraq, with lethal effect.]

In many respects, the 5th of June 1646 should be commemorated as one of Ireland’s greatest military victories (the 5th of June is the birthday of James Connolly as well, also most worthy of commemoration).  But, however brilliant, Benburb is a stand-alone victory.  Benburb, whatever its potential, decided a day.  Kinsale had decided a war.  The tragic and untimely death of Eoghan Ruadh O’Neill leaves unanswered the question as to what would have been the outcome on the field between armies commanded by O’Neill and by Cromwell.  The military professionalism of Eoghan Ruadh O’Neill, and his devotion to the cause of his country are beyond question.  As Edwin M. Stanton said on the death of Abraham Lincoln, he now belongs to the ages. 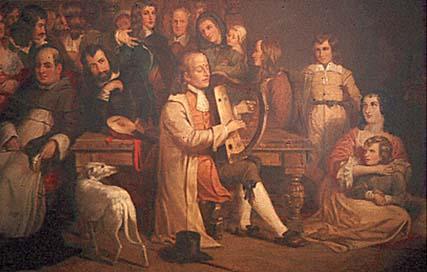 “The Lament for Owen Roe O’Neill”, also known as "Uaill Cuma Eogan Ruaid Ua Niall," or “Caoineadh Eoghain Rua” was written, and is still played, in the memory of Owen Roe O'Neill (1582-1649), or, in Irish, Eoghan Rua Uí Néill.  It is a caoine obtained by collector George Petrie (published, 1855) from the playing of fiddler Frank Keane (Co. Clare, then living in Dublin), who learned it from the singing of the women in Co. Clare but could not remember the words.

Hoffman (1877) included a version of it under the title “An Arranmore Tune” (No. 115) in his collection of arrangements from Petrie’s collection.  The melody has become a fiddler’s showpiece.  It is an Irish, Slow Air (4/4 time). G Dorian. Standard tuning. AB. Composed by blind Irish harper Turlough O'Carolan (1670-1738), or at least attributed to him by several authorities, including Hardiman (Irish Minstrelsy, London, 1831), Bunting (in General Collection of the Ancient Irish Music, Dublin, 1796), Clinton (Gems of Ireland, London, 1841) and Francis O’Neill (Waifs and Strays), on stylistic terms.  Gratten Flood, however, in his History of Irish Music (Dublin, 1905), says that the Owen Roe’s “glorious” lament was composed soon after his death, in 1649, predating O’Carolan’s birth by a score of years.  [The Fiddler’s Companion – on line.]  In any case, whether an O’Carolan original composition, or something which he heard and then either preserved, or adapted, it has become associated with him.

[Turlough O'Carolan (Toirdhealbhach Ó Cearbhalláin) was born in 1670 near Nobber, County Meath and died March 25, 1738 at the home of his patron Mrs. MacDermott Roe in Alderford, County Roscommon; he was one of the last Irish harpers who composed. Carolan's fame was not due so much to his skill with the harp (having started only at 18), but to his gift for composition and verse.] 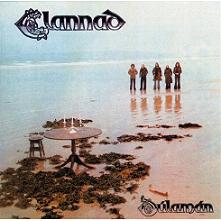 The “Lament for Owen Roe O’Neill” remains a popular piece among musicians; the following is but a sampling of 20th century recordings:

*  Dolores Keane on her 1978 Atlantic label There Was a Maid features it on track 7;

The memory of the same Owen Roe inspired the Irish nationalist (Protestant) poet Thomas Davis to write the first if his laments:

“Lament for the Death of Eoghan Ruadh O’Neill.”  This poem initiated a fashion in verse that lasted for a long time.

Inspired by Owen Roe’s greatest victory for Ireland, the 20th century “Bard of Armagh,” Tommy Makem, gave us “The Battle of Benburb.”

“DID they dare, did they dare, to slay Eoghan Ruadh O’Neill?”
“Yes, they slew with poison him they feared to meet with steel.”
“May God wither up their hearts! May their blood cease to flow,
May they walk in living death, who poisoned Eoghan Ruadh.”

“Though it break my heart to hear, say again the bitter words.        5
From Derry, against Cromwell, he marched to measure swords:
But the weapon of the Sassanach met him on his way.
And he died at Cloch Uachtar, upon St. Leonard’s day.

“Sagest in the council was he, kindest in the hall,
Sure we never won a battle—’twas Eoghan won them all.
Had he lived—had he lived—our dear country had been free:        15
But he’s dead, but he’s dead, and ’tis slaves we’ll ever be.

“O’Farrell and Clanricarde, Preston and Red Hugh,
Audley and MacMahon—ye valiant, wise and true:
But—what are ye all to our darling who is gone?
The Rudder of our Ship was he, our Castle’s corner stone.        20

“Wail, wail him through the Island! Weep, weep for our pride!
Would that on the battlefield our gallant chief had died!
Weep the Victor of Beinn Burb—weep him, young and old:
Weep for him, ye women—your beautiful lies cold!

“We thought you would not die—we were sure you would not go,        25
And leave us in our utmost need to Cromwell’s cruel blow—
Sheep without a shepherd, when the snow shuts out the sky—
O! why did you leave us, Eoghan? Why did you die?

(Editor’s Note: The utterance is supposed to be made by one of O’Neill’s clansmen who is in Ormonde’s camp in the south, and who hears of O’Neill’s death from a messenger who has come into the camp.) 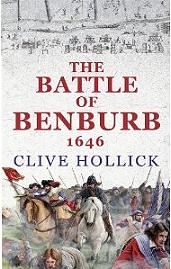 Hollick, Clive. The Battle of Benburb

“Owen Roe O’Neill’s Ulster army of the confederacy, May – August 1646”

Ohlmeyer, Jane. The Civil Wars in Ireland
(in The Civil Wars, a military history of England, Scotland and Ireland 1638-60).
(Oxford: Oxford University Press, 1998)

Liam Murphy is Heritage Editor of TheWildGeese.com, and also serves as military liaison for The New York Saint Patrick's Day Parade and Celebration Committee. A native of Lubbock, Texas, Liam is a former editor of the National Hibernian Digest, and a member of AOH Division 11, in Tarrytown, N.Y. He was a co-founder of the Irish Brigade Association, served as an officer in the U.S. Navy Reserve, and as vice president of the Civil War Round Table at Virginia Miitary Institute, where he earned his undergraduate degree. He holds a Masters degree in American history from Fordham University. Liam can be reached via e-mail atliam@TheWildGeese.com.

Copyright © 2011 by Liam Murphy and GAR Media LLC. This article may not be resold, reprinted, or redistributed without prior permission from the author. Direct questions about permissions to permissions@garmedia.com.