Hosted by the Minister for Foreign Affairs and Trade, Charlie Flanagan, the lecture was delivered by the Madden-Hennebry Professor and Chair of the Department of History at the University of Notre Dame, Professor Patrick Griffin. Among the dignitaries in attendance was the U.S. Ambassador to Ireland, Kevin O’Malley.

Minister Flanagan opened the evening’s proceedings by giving a short welcoming address. Many of us among the audience who have for years championed the need for the Irish government to officially recognise Ireland’s role in that iconic conflict were heartened by his opening sentence: ”As we go through our decade of commemorations and look ahead particularly to the centenary of 1916 next year, it is good that we also commemorate those Irish who fought and died far from home – whether in Flanders or Fredericksburg, Gallipoli or Gettysburg, Messines or Manassas, the Somme or Shiloh.”

The minister was keen to note that, by their service during the war, “the Irish made themselves an integral part of the American story and laid the foundations for the immense range and depth of the Irish narrative in the US today and for the unbreakable links between that country and Ireland.”

Professor Griffin was the keynote speaker and delivered a powerful lecture using two sacred possessions (“relics”) of the University of Notre Dame -- a banner of the famed Irish Brigade and the sword of Brigadier General Thomas Francis Meagher -- as an indication of the reverence and gratitude that many in America still felt towards the Irish who fought. Professor Griffin also touched on the role of Fr. Michael Corby, later president of Notre Dame and himself the son of an Irish immigrant, who served as chaplain to the Irish Brigade, most famously at Gettysburg, where he gave absolution to the men of the Brigade.

Damian is well known to readers of The Wild Geese for his own acclaimed website -- irishamericancivilwar.com -- and his best-selling book, “The Irish in the American Civil War.”  His recent research within US army pension files has unearthed hundreds of stories about long forgotten Irish veterans of the war and the heartbreak that followed news of their deaths reaching Irish shores and their families at home.

David Gleeson is a professor of American History at the University of Northumbria in the U.K. and he specialises in the role of the Irish who fought on the Confederate side, most notably in his acclaimed book, “The Green and the Gray”. Although the majority of the Irish fought for the Union, David recounted stories that showed the Southern Irish were just as proud and as gallant as their Northern countrymen and women.

One of the points that remained with me from Professor Griffin’s lecture related to his story of Eamon de Valera’s visit to America in 1919. Huge numbers gathered to hear him speak, and de Valera still holds the honour of attracting the biggest crowd ever seen in Fenway Park! Key to de Valera ensuring he had captive audiences was his use of the valour, deeds and sacrifice of the Irish during the American Civil War. Dev recognised that their role deserved to be eulogised and commemorated. Hopefully the present Irish government have now begun to take similar steps, commencing with the hosting of this lecture.

Accompanying me was Jan Evans, an American writer currently working in Ireland. I am delighted that she has put her thoughts together below and refreshingly given a unique viewpoint on how another country commemorates a conflict that is still very much engrained in the American psyche.

Jan Evans -- I was delighted to be invited as a guest of Robert and TheWildGeese.Irish to a very informative lecture tonight at the Department of Foreign Affairs in Dublin, Ireland about the Irish participation in the American Civil War.

As an American currently living in Ireland and working on a historical novel based on a true story about an Irishman who came to the United States to fight in our Civil War, I was particularly interested in the topic, and I was not disappointed. But beyond the new information I discovered, I also was intrigued by the questions of the Irish audience. Many people wanted to address the reasons behind the Irish-born fighting for an American cause. Did they have ideals? Were they racially motivated? Did the aspect of slavery cause the Irish to fight for our Confederacy or our Union? The speakers gave valid answers, the predominant one being the long term ties between Ireland and America, dating back to the 18th century, which is certainly true. "The Irish were fighting a 19th century war with 18th century ideals."

I am the first to admit that I am no historian. I love history, but I'm short on the facts. As a writer, I tend to look at the emotion of a situation rather than the detail. And here is how I see the emotion behind the Irish involvement in the American Civil War. At that time, in 1861-1865, most Irish-born were probably immigrants to America. They already lived there. They either arrived in New York, maybe Boston, or perhaps New Orleans and settled there. When the Rebellion occurred, these Irish had left their home place for what they hoped was a better life. They had made a great and difficult journey, and now, their new start was threatened. They fought for that new way of life, in the Southern States, or in the Northern States, wherever they were living. They fought for their families and their neighbors. Like any man in battle, the Irishmen who fought and died in our American Civil War, on both sides of that dreadful Rebellion, fought for the man next to them.

Now, that's not to say that, if you were fighting in the Union army, the opportunity to stick it to the British, who were supporting the Confederacy, didn't have a great appeal. And that, if you were fighting for the Confederacy, squelching the Federal government rule of Abraham Lincoln didn't have equal appeal. But, we must not forget to put the reasons of why men fight in the context of history. It's very easy to look back and place ideals as a cause, when many times, men, and women fight simply because they want to keep what they have. They don't always fight for some greater cause.
That said, as an American in Ireland, never have I seen such a deep-rooted core strength and fierce independence as I do in the Irish. They may no longer fight with swords but they still fight, and it is something to behold. An Irishman can never be controlled. So for ideals, or land, or children, or neighbor, whatever the reason, I'm mighty glad the Irish fought for our American Union, and helped us keep our United States together. And for those who fought on the other side, I respect and honor those choices. 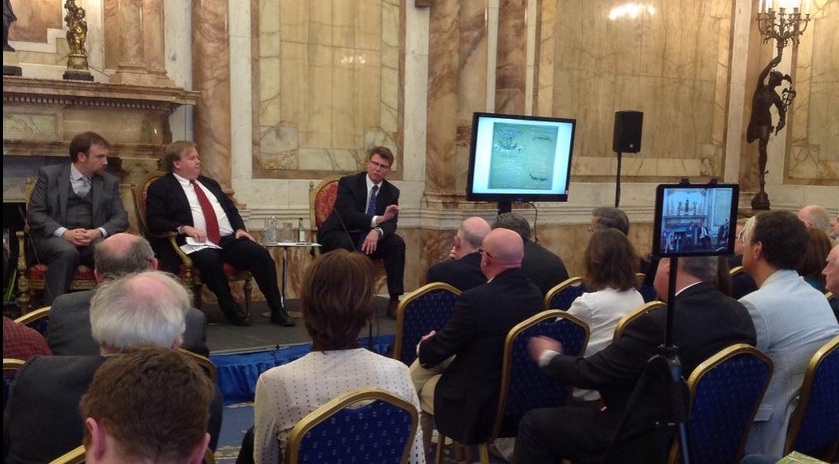