I’ve spent a lot of time this past year talking about guilt, about exile and return, and about mammies, and about the guilt mammies can instil in their offspring when said offspring return from self-imposed exile, which was usually to escape said mammy’s guilt trip in the first place. But I suppose it was to be expected. That’s bound to happen when you join a book club that only reads Irish writers.

I wasn’t looking to read more Irish authors. In fact, Irish authors had never featured heavily on my bookshelf. Colombians? Certainly. From the U.S.? Quite a few. French? Mais oui! But Irish? Not so much.

The choice of book club was more a question of geography. I’d just returned from my own period of exile in Bogotá. Not all the way home to Ireland, but to London, so close enough. And a Google search revealed the nearest book club to me was at the local Irish centre just five minutes from my house. It was only after I’d joined did I realise the rules.

At first, I worried it would get repetitive. And there have been times it definitely felt that way. We spent far too much of 2016 reading about 1916 for my liking. But overall, reflecting on the books of the past year or so, I’m impressed by the variety, by all the new ways of seeing my country, and the common threads running through such diverse tales.

Some of the highlights for me were:

Joining John Lennon for scream therapy in a hippy commune in a blustery island off the west coast of Ireland in Kevin Barry’s whacky, almost genius-like "Beatlebone";

Exploring the parallels between Irish and Jewish culture whilst reading "Nine Folds Make a Paper Swan"; 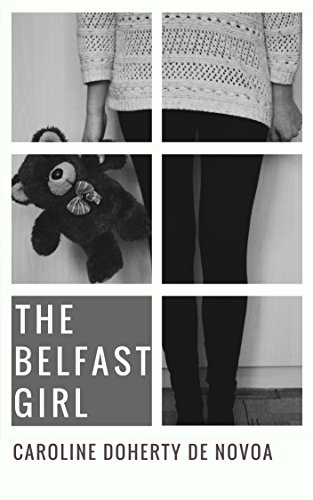 Getting lost in the gorgeous sentences of Colum McCann in "Thirteen Ways of Looking";

Travelling with Maggie O’Farrell from Sweden to Donegal to Bolivia to Brooklyn and back to Donegal in "This Must Be The Place"; and

Thinking, probably for the first time ever, about what happened to the Anglo-Irish elite after Independence in William Trevor's "The Story of Lucy Gault."

It’s been a fascinating year and, as a writer, most months feel like a master class. So here’s to another year of reading Ireland. I’m sure it will be an interesting and varied year, and no doubt there will be lots of mammies in my literary year ahead. But, sure I’d expect nothing less from an Irish book club.

Caroline Doherty de Novoa is the author of the novels The Belfast Girl and Dancing With Statues. There will be a free giveaway of Dancing with Statues
on Amazon kindle from 31 March 2017 to 4 April 2017.

Hi Caroline, congratulations on your two novels, I noticed them because we have the same Irish surname, although my Doherty is spelt differently. Hope you have every success in the future. Best wishes, Vivienne Dockerty.

Thanks Vivienne - there are so many spellings of Doherty. And some of our family are O'Doherty - but our branch must have decided to drop the O at some point. Thanks for your lovely message and your congratulations.