Growing up Mexican and Irish, as well as Sicilian had its moments of light and shade. All three are a family-based culture so there was a great emphasis placed on family, loyalty, culture and history. Growing up in the Desert Southwest within a 45 minute drive of the Mexican border also brought about an acute awareness.

I was the child who stuck out because I could answer the teachers who asked about Hugo O'Conor, Juan O'Gorman and Los San Patricios.

Hugo O'Conor, a son of County Roscommon, descendant of Turlough O'Conor, left Ireland for Spain rather than bend to British rule. He joined the regiment Volunteers of Aragon and eventually earned the rank of Major. During his military service, he found his way to Cuba and then to Mexico City. Due to his abilities as a military strategist, he was assigned as the Captain of Mexico's Northern Territory, which included the area now known as Tucson. A statue stands in downtown Tucson in honor of O'Conor, the Red Captain. He finished out his life in the Yucatan peninsula, having been promoted to Brigadier General and appointed as governor over the Yucatan Peninsula. He served there until his death in 1779

Juan O'Gorman was born in a small village outside of Mexico City, Coyoacan. He was born to an Irish father, Cecil O'Gorman, and a Mexican mother. He was an architecture of great influence in Mexico and Mexico City in particular.

However, it is his murals of which I am more familiar. HIs murals, fantastic in their colour and dimension blended history, landscape, culture and legend. As a muralist he was a member of the group formed by Diego Rivera, Clemente Orozco, Pablo O'Higgins, and Rufino Tamayo. You can find his murals in Mexico City's Chapultapec Castle,  and in the Michoacan town of Patzcuaro in the library Gertrudis Bocanegra. 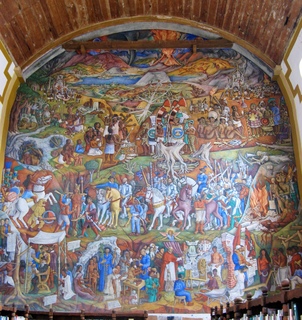 Bit, can you post pix of murals by O'Gorman? And when did he live? Sorry, is there more to come? I certainly hope so. Sorry but I just discovered this now. This amazing mural covers the history of the local people's from Pre-Hispanic times through until the 1910 revolution. It is located in the Public Library in teh Mexican Highland village of Patzcuaro Library of the National Autonomous University of Mexico, Mexico City, with murals by Juan O’Gorman. 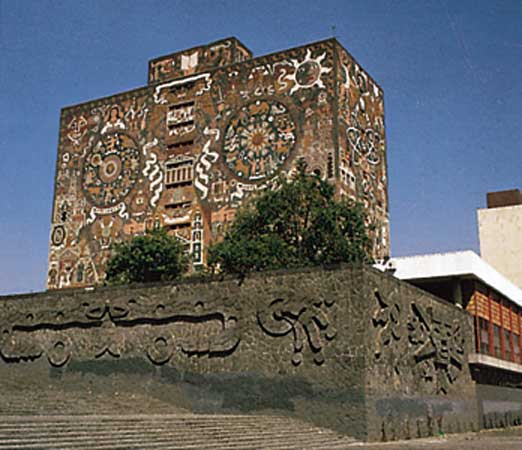 Library of the National Autonomous University of Mexico, Mexico City, with mosaics by Juan O’Gorman, 1951–53.

This is such a lovely, woven story! Most, all?, of us can relate to the mixture!