The History of the Irish Brigade 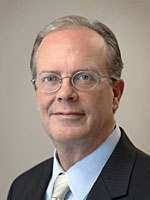 Bert Cunningham, historian of the 69th Infantry Regiment of the New York National Guard, spoke about the history of the Fighting 69th at the March 11, 2015 meeting of the Irish Cultural Society at the Garden City Library.  The 69th Regiment’s rich Irish heritage was detailed in Mr. Cunningham’s talk.

The audience of 50 learned about the history of the unit through a Power Point presentation and a video produced by Mr. Cunningham.  The Regiment distinguished itself in the American Civil War at Bull Run, Fredericksburg, and Petersburg at a terrible cost in lives lost.  Mr. Cunningham provided biographical sketches of many of the famous men associated with the regiment, such as Thomas Francis Meagher, “Wild Bill” Donovan, Joyce Kilmer and Father Francis Duffy, “The Vicar of Times Square.”  Mr. Cunningham had recently returned from Waterford where a bridge was named in honor of native son Thomas Francis Meagher. Mr. Cunningham’s video showed a parade in Meagher’s honor in Waterford.   A talented leader both in Ireland and in America, Meagher designed the Irish tricolor flag, was promoted to brigadier general during the American Civil Was, was an officer in the Fenian invasion of Canada and became the governor of Montana.

Before the 69th was called up to serve in Europe during WWI, the regiment fought during the Mexican Border Campaign against Pancho Villa. The 69th was the first National Guard outfit activated for WWI and was attached to the new 42nd Rainbow Division.  It was with the Fighting 69th (called the 165th Regiment in WWI) where William “Wild Bill” Donovan earned his Medal of Honor.  It was Donovan who covered for Father Francis Duffy when the chaplain violated Army regulations which prohibited chaplains from entering trenches.  Father Duffy provided aid and comfort to the men during such times.  The poet Joyce Kilmer author of “Trees” lost his life fighting with the 69th.  Mr. Cunningham’s video includes a clip from the movie “The Fighting 69th” with an actor portraying Kilmer reciting his poem “Rouge Bouquet.”

Before Pearl Harbor, the 69th  was tasked to defend the coastal waters of our East Coast and then to defend the Pacific Coast after Pearl Harbor.  Eventually, it was assigned to the 27th Division and became part of the “island hopping” campaign in the Central Pacific, including fighting on Makin, Saipan and Okinawa and being part of the new strategy on the islands called amphibious landings.  The violence of these island conquests is chillingly portrayed on the video which Mr. Cunningham produced.

The 69th was deployed to Iraq in 2004 for a year to clear and defend Route Irish near Baghdad City.  Some members of the Unit were also activated for service in Afghanistan.  On the day of the 9/11 attack on the World Trade Center, the 69th self-activated itself to render service to America at a chaotic time.  The video shows the all too familiar destruction at the Trade Center, underscoring how critically important it was for a trained, well-led force of soldiers to be on the scene.  That force was the 69th Regiment.

When the 69th fought in the Civil War and in the First War and WWII, the Unit was majority Irish and Irish-American. Today the 69th is more diverse, Mr. Cunningham told his audience, but its Irish history is celebrated every St. Patrick’s Day at the 69th Regiment Armory in Manhattan.  After leading the Parade up Fifth Avenue, the Regiment gathers at its armory on Lexington Avenue to celebrate St. Patrick, its Irish roots and traditions and its celebrated history.  Frequently joining them is General Martin Dempsey, now Chairman of the Joint Chiefs of Staff, to sing the Regimental song in his robust baritone.  To see General Dempsey putting his heart and soul into an Irish song is a highlight of Bert Cunningham’s video.

Mr. Cunningham was surrounded by questioners and commentators before and after his talk.     An early arrival was Jack King, president of the Columcille Cultural Center in Staten Island, who drove two hours to be present at Bert Cunningham’s outstanding presentation.  Mr. King had seen the announcement of Bert Cunningham’s appearance on the Wild Geese web site.  After his talk, Mr. Cunningham heard many “I am glad I came tonight” comments from his audience.  Indeed, it was a grand evening!

Bert Cunningham can be reached at bjhc52@hotmail.com.