From Silver Ghost to Armoured Legend 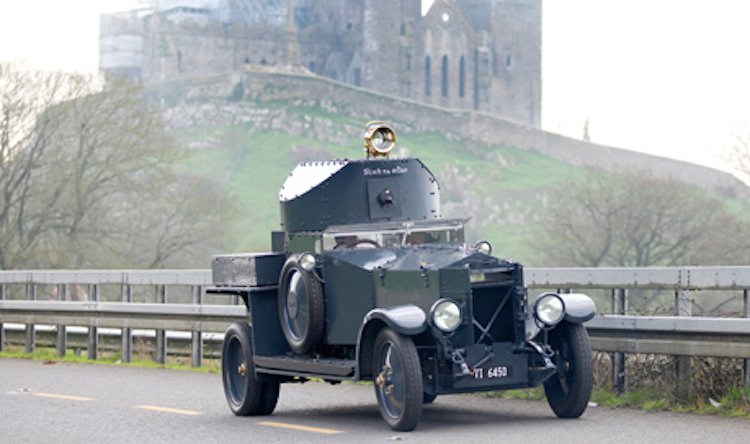 With its trademark rotating turret and .303” Vickers machine-gun the Rolls-Royce Armoured Car is probably the most well known Armoured Fighting Vehicle (AFV) ever produced. Its simple yet robust design would set the trend for AFV’s for generations to come. Making its appearance in the early days of the Great War, the Rolls-Royce Armoured Car would become synonymous with versatility, speed and range

Believe it or not it was actually pilots from the Royal Navy Air Service (RNAS) Eastchurch Squadron based in Dunkirk that turned a motor car into an armoured legend. In August 1914 the RNAS were ordered to keep all ground within a 100 mile radius of Dunkirk free of the German airforce, to establish temporary bases 50 miles inland and assist in offensive operations. Under the command of Wing Commander Charles Rumney Samson the pilots, with not enough aircraft, used a 45 Mercedes, a Rolls-Royce Silver Ghost and a Talbot to do just that. Taking the fight to the enemy initial armour consisted of boiler plates strapped on the sides of the cars. Some were fitted with a .303” Maxim machine-gun. The Rolls-Royce Silver Ghost proved to be the most successful of the ad hoc armoured cars in terms of power, range and speed. High Command saw the potential and by September 1914 all available Rolls-Royce Silver Ghost chassis were requisitioned to form the basis for the new armoured car squadrons. The following month a special committee of the Admiralty Air Department designed the armoured superstructure that would become the Rolls-Royce Armoured Car 1914 Pattern Mk I. Whilst the majority were built in England, some were also built in India. 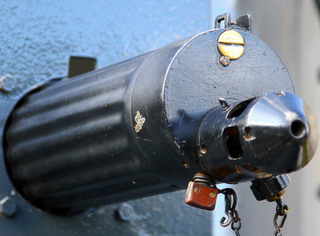 By December 1914 the first 1914 Pattern Mk I’s appeared in service with the RNAS based in Dunkirk. In all six squadrons were raised with twelve cars each. The cars saw service in France and in Belgium with armoured cars themselves deployed on loan to the Belgium Army.  By the summer of 1915 the war in Western Europe came to a standstill. Trench warfare left the armoured car all but immobile and the squadron from France was later sent to Egypt. By autumn 1915 the RNAS cars and their crews were handed over to the Army.

One squadron was deployed to the Middle East where the cars distinguished themselves in Syria-Palestine, Aden, Iraq, and Iranian operations against the Turks and notably in the desert with the Arab irregulars led by Col. T.E. Lawrence (Lawrence of Arabia). Col Lawrence commented that the Rolls-Royce were, “more valuable than rubies.”One squadron saw action in German South-West Africa and later, East Africa. Two squadrons were sent to Gallipoli in April 1915, and were the only armoured cars to see action there. In 1916, three squadrons were sent to Russia. From the Arctic Circle they were sent down to the Caucasus from where detachments pushed down into Turkey and Persia before deploying to Romania and Poland seeing action against the Germans and Bulgarians. The cars in India rolled out in 1915 with the 1st Armoured Motor Battery based out of Peshawar. They primarily operated along the North Western Frontier. 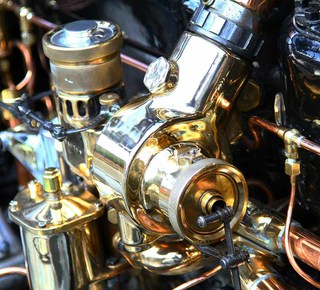 In 1920, the car was modernised which became the 1920 Pattern Mk Ia. For example this pattern had thicker radiator armour and new wheels with fully metallic rims. It was also fitted with electric lights and starter. The Mk Ia was characterised by a commander cupola added to the main turret. 13 British 1920 Pattern Mk Ia’s were given to the Irish Free State government in 1922. They were widely used during the 1922-23 Irish Civil War. Primarily used for convoy protection and supporting infantry during street fighting the armoured cars were instrumental in the retaking of Cork and Waterford.

In 1924, the cars in British service went through another refit becoming known as the 1924 Pattern which was fitted with a permanent commander cupola. Cars based in India were modified as the 1921 Indian Pattern, featuring roomier, extended hull armour and a redesigned domed turret with four machine-gun ball mount emplacements. By 1939, 76 were still in service with the British Armed Forces and some were again modified with a new open-top turret like those used on the Marmon-Herrington armoured cars serving in Africa. These turrets could house a variety of weapons including a 0.303” Vickers machine gun, a coaxial Boys Anti-Tank Rifle, a .303” Bren Gun, an extra Anti-Aircraft mount for a light Lewis machine-gun, and grenade launchers. Some vehicles in Egypt received new chassis from a Fordson truck and became known as Fordson Armoured Cars. Serving with both the Army and the Royal Air Force the Rolls-Royce saw service in Burma, India, Iraq, North Africa and Syria. The 13 1920 Pattern Mk Ia’s serving with the Irish Defence Forces continued to serve with distinction up to and during the ‘Emergency’ (as World War II was called in Ireland).

Featured on the centre pages of the first issue of Reveille is ARR-2 Sliabh na mBan. This vehicle was part of the convoy in which General Michael Collins was killed. It is officially still in active service with the Irish Defence Forces and has the distinction as being the oldest working armoured car in the world. It was recently completely refurbished by James Black Restorations. It is maintained and carefully looked after by the Cavalry Corps. Outstanding article on a classic military machine - btw such an armored car featured prominently in Wilbur Smith's novel "Cry Wolf" about running weapons to Ethiopia for use against the invading Italians in the 1930s before World War II.