Historically, Tea is a rather young beverage in Ireland having been introduced in the early 1800s. It was, at that  time, a drink of the "upper crust" of society. By the mid 1800s, a cheaper quality tea was being made available to all of Ireland's populace. To make up for the bitter taste of the weaker tea, people began adding milk, which diluted the tea even more. Hence the custom of "brew'n long and strong". It is nothing to find a pot on the stove all through a day. "Fresh" will be made according to the importance of a guest in some houses.

There is an ettiquette to the making of tea. It may vary from town to town, county to county, coast to coast. It is a tradition handed down in families. It is a ritual of no small porportions for most. It isn't just about the tea but about what goes into it and along side.

In our family, first ya put on the whistling kettle, brought it to a boil and then set the pot to steep with the "first boil", whilst the teapot is steeping, you boil another kettle, when it roils, you pour out the water in the teapot...usually into a cooking pot...mustn't waste ya know... hang your tea ball or 5 tea bags in the teapot, fill it up half with the boiling water, place the lid on for steeping, and return the kettle to boil. When the kettle is roiling, lift your teapot lid, pour boiling water to fill, put the lid back on and wait. Whilst waiting, take care of the "along side", which, when my Gran was alive, meant fresh, melt-in-your-mouth shortbread and scones with strawberry preserves and apple cake slices. Milk was poured into that pretty pitcher "your gran's mother's mother bought off the rag man" for a song...careful not to break it now... and mismatched cups were always set out...my Gran said it was bad luck for the cups to match... sugar lumps not crystals...

Pouring the tea was also an art...milk first...then two lumps or three...and then the steaming tea

Everyone has their favorite... Bewley's ...Barry's ...  for my Gran...because she couldn't get either in Toronto for the longest time...it was always Tetley

Tea...it is always on offer...where ever you might find yourself in Ireland...you can usually find a cupan tae... But where to find the best?

Two of my favorites in Dublin are:

The Queen of Tarts ~ Cow's Lane The Bakehouse, which I stumbled across near the Ha'Penny in 2011 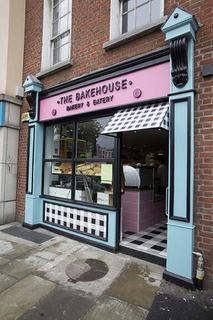 Fresh off a hike along the SLiabh Liag in Donegal? Stop in to Ti Linn for a great cuppa and a slice of the best chocolate cake ever! If Paddy is about, you will also get some grand conversation So...Now it's your turn.. where do you find a good cupan tae when you are jaunting about Ireland? What are your Tea habits?

Great stuff, Bit!  Best tea house here in Galway (and the best place I've come across in all of Ireland to this point, for that matter) is Cupán Tae, which is located right near the Spanish Arch.  You can visit their Facebook page HERE.  When you go, tell the owner (Alison) that you heard about them here on The Wild Geese, and be sure to mention my name!

Go raibh mil maith agat, Ryan. I have seen Cupán Tae but it was always so busy. Griffin's, early morning, is quiet and a good start for a day of photographing Galway. I will give Cupán Tae a try when I am over next year to be sure