Saturday was busy. I was still jet lagged, but I had no choice. Today was a big day. Everyone was walking to Streedagh Strand to pay tribute to the Spanish Sailors and later the festival marquee would rock some music. Triona arrived mid morning and we rehearsed in the hall. We decided that she would sing Eleanor’s aria and I would do the Lament. Two really sad songs, I would have to cheer everyone up with a video from the show “Feed the Queen”. Triona commented about my calmness. There was no reason to stress. Circumstances wouldn’t allow for time, things had to be done under pressure.

We took the car to the parade as we needed to get back to get ready for the presentation. It was so great chatting and driving down the narrow road to the beach. I haven't seen Triona in 10 years and it felt like I had seen her yesterday. We found a place to park and watched the parade pass. Big colourful flags were flying, Spanish musicians playing out front, children in really cool boat costumes. The Spanish musicians playing traditional instruments were leading. The hurdy gurdy! Triona and I were fascinated. I have never seen one in the flesh.

Before heading to the beach a presentation of  armour and sword-fighting by the 'living history' group Claíomh delighted the crowd, especially the three little boys to my right who started chanting. I had met one of the performers at a Dublin pub just two nights ago. It's a small world. One of the wee chanting boys looked just like my brothers boy! From that moment on all I saw was my family in the faces of the people.

Down on the smooth sand of the wide beach were crosses etched with rakes. It was really something. This is the beach where 3 Spanish ships grounded. I had a moment on the beach as the realization that I was standing in the place I had dreamt about for 7 years washed over me. About 1800 men drowned and about 100 came to shore.

One of the survivors was Captain Francisco Cuellar who left a remarkable account of his time in Ireland. You can read in online here Captain Cuellar's Adventure in Connaught and Ulster. Cuellar was kidnapped, before finding the protection of Brian na’ Murtha O’Rourke Chief of the clan O'Rourke. De Cuellar writes in his diary, "Although the chief is a savage, he is a good Christian and an enemy of the heretics and is always at war with them". It was this event that would profoundly affect O’Rourke history as it heightened tensions with Queen Elizabeth I. It is this event that captured my heart as I saw an epic event that connected to me on a personal level.  Brian was the first Irish rebel. Apparently when he was facing the end of his life he was brave, yelling at the English in Gaelic and refusing to comply with any demands. The annals of the Four Masters recalls this event, “The death of this Brian was one of the mournful stories of the Irish, for there had not been for a long time any one of the tribe who excelled him in bounty, in hospitality, in giving rewards for panegyrical poems, in sumptuousness, innumerous troops, in comeliness, in firmness, in maintaining the field of battle to defend his patrimony against foreign adventurers...”

After a moving ceremony the last post was played by a trumpeter balancing on stones.  A large wreath of yellow and red was then swum out to sea. We headed out early.  I drove for the first time in Ireland, down the narrow country road and back into town. It was easy, same side of the road as Oz. I will forgo telling you about all the set up but needless to say I had to shuffle things around at the last minute. 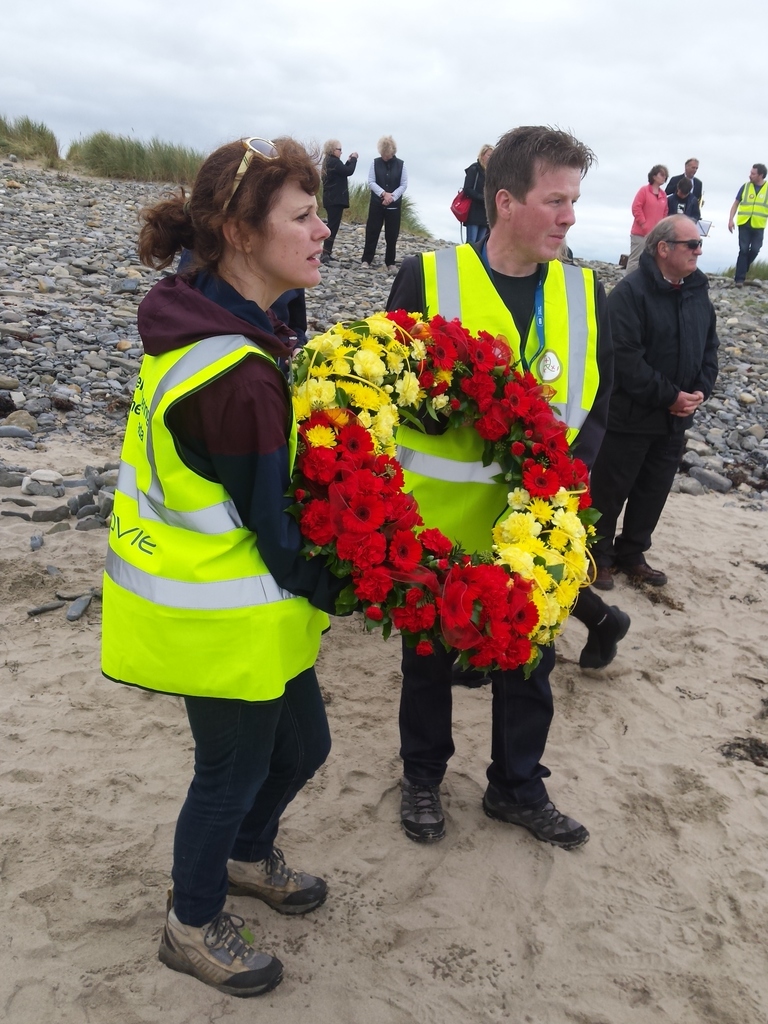 My dads painting of Queen Elizabeth I caused a bit of a kerfuffle so I pointed out the details to quell any doubts of fealty. Needless to say, the portrait of the Queen would not be behind me like I wanted it. The screen that was set up would be difficult to project onto with the setting sun behind it.

Six young people took the stage..They were from Craobh Fred Finn which is a branch of Comhaltas Ceoltóirí Éireann, located in Sligo. My goodness I was super impressed. So professional and so relaxed. A trio of Irish musicians called Box and Banjo were on before me and as they started to go over time I was happy. That’s it! Keep setting lovely sun. Outside the festival tent was (Spanish) food and beer. Lots of beer and lots of banter. After I was done with the presentation I was bought a few. Triona and I headed back to put on some comfy clothes and went and got some dinner. I ate at Langs Bar and Restaurant on numerous occasions and it was class. 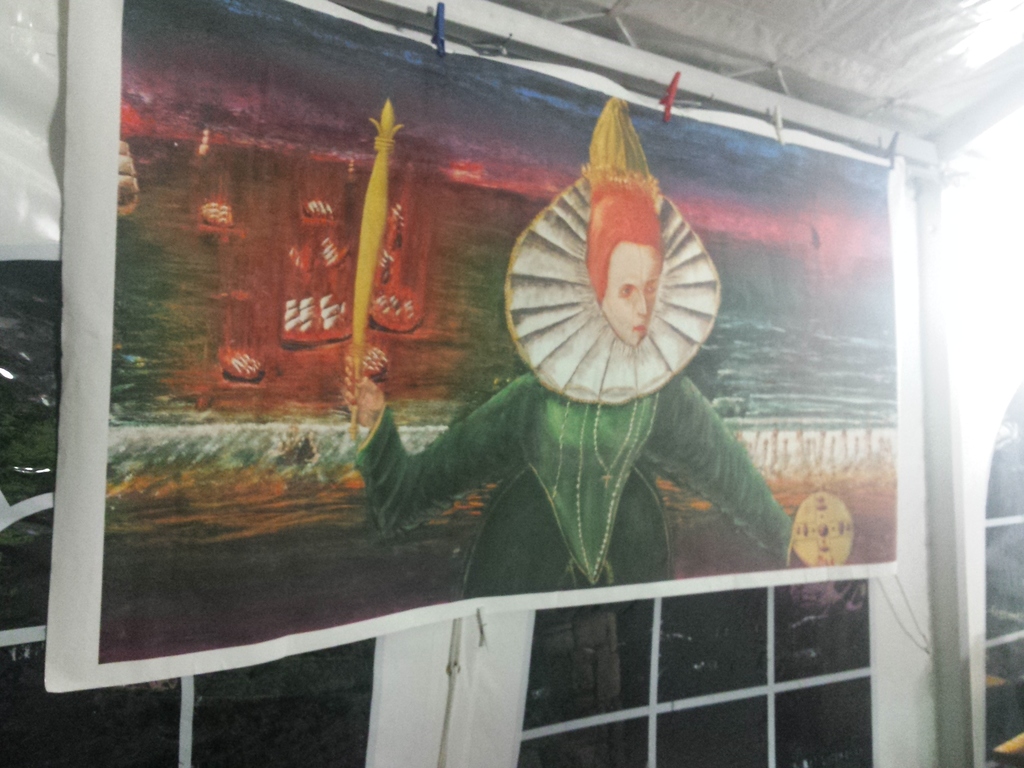 After dinner we headed back over the road as The De Cuellar Suite was going to be performed in the tent. This suite is written by composer and harpist Michael Rooney and includes narration about the Armada. Members of the Ceol na nÓg, a 60 piece orchestra played with the Spanish musicians in what I can only describe as perfection. I was struck many times at the level of musicianship from the young people and this performance was impressive. They had three harps! I couldn't even get one for my musical, they had three! Apparently there has been a boom in this department with the new music education program set up around the country. The band U2 has contributed by donating millions of dollars. Whatever you feel about U2, you can't argue with this. As a music teacher this is a dream, to have the funds and support to make music happen with young people. Young people need to play music. I was in heaven, the music took all the pain away from my aching bones and I felt wide-awake. Magic. The event of 1588 is a big deal in this part of the world. It was a big deal for me. I met some lovely people there and had a great time but I was tired. The party would kick onto Morans B&B where we were staying but I just couldn’t. Triona and I arrived back at the B&B and crashed . Not even a loud rock band could keep me awake tonight.