(First published 12/14/11) 2011 marked the 150th anniversary of the start of America’s Civil War, and in Ireland, a group of historians and writers used the occasion to promote the concept of a Civil War heritage trail. Archaeologist Damian Shiels and writers James Doherty and Robert Doyle  [All three are contributing editors at TheWildGeese.com] are hard at work creating a trail that will stretch across Ireland, highlighting locations with a connection to the Civil War, to be unveiled in conjunction with a national memorial for the tens of thousands of Irish who died in the war. TheWildGeese.com’s Daniel Marrin spoke with Waterford resident Doherty, one of the American Civil War Trail’s co-creators, about this remarkable undertaking.

TheWildGeese.com: How did the idea for the American Civil War trail in Ireland get started?

James Doherty: The idea came from the commemoration to Thomas Francis Meagher (above, left) I organized in March.  He was an Irish revolutionary who created the Irish [tricolor] flag and flew it first in Waterford in 1848. For those deeds, he was tried for sedition and banished by the British to Tasmania. He escaped and made his way to America, where he was crucial in persuading the Irish to fight for the Union.  He led the Irish Brigade [during the Civil War], of which the Fighting 69th was a part.

I met some like-minded people through that [commemoration], and we all agreed something should be done to honor [Thomas Francis Meagher and the Irish brigade].  I felt that it had to have a practical purpose given the economic state of the country. The idea of the trail is to encourage heritage-based tourism into Ireland, opening up a new market. It also helps remember the scale of the Irish involvement in the conflict.

WG: So where will the American Civil War Trail in Ireland take us? 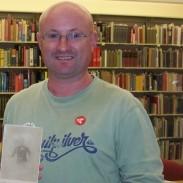 Doherty (left): We have identified over 40 sites so far, including the house that Thomas Francis Meagher was born in, and Tate's factory in Limerick. that made over a million Confederate uniforms. There is also a memorial to [famed Union Army cavalryman and Carlow native] Myles Keogh (below, right). We have the flag of [Meagher’s] Irish Brigade hanging in the Irish Parliament that was presented by JFK in 1963. So there is a nice range of sites across the country, and we are hoping with the help of the Irish Tourist Board [Bord Failte] to have a fully operational trail in the near future.

WG: So this is a multi-day tour, rather than something that could be completed in one day?

WG: You’ve said on other sites that the trail is partially an effort to boost the economy and morale there in your home of Waterford, correct?

Doherty: Yes, my own efforts (such as the Meagher event) are based in Waterford, but the tour is aimed at increasing tourism in a modest way across the country.

WG: Going back to an earlier point, you said the Tate factory in Limerick made over a million Confederate uniforms.  Commonly, I think about the Irish who were drafted to fight for the Union out of cities in the Northeast: Was there also a large contingent fighting for the Confederates, and was there a large support for the Confederacy in Ireland? 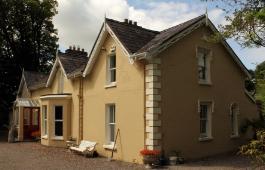 birthplace [in Ovens, County Cork] (left) still stands, fought for the South and was the highest-ranking Irishman in the Confederacy. Both sides had recruiting parties and spies active in Ireland.

WG: Interesting. When would you hope to have the trail operational?

Doherty: By late 2012 or early 2013. Some of the sites need conservation, and the project needs a marketing push.

WG: What part of the work is each of you responsible for?

Doherty:  It varies. We each helped build the list of [historical] sites. It’s mainly Robert [Doyle] and myself that are dealing with government. Currently, we are trying to raise awareness, and once we have some arrangements in place we will assign tasks more specifically.

For more information on the efforts to create the American Civil War Trail, you can visit http://irishamericancivilwar.com/.