By Megan Finnegan Bungeroth / Special to The Wild Geese

New York -- The Irish Rep might seem an odd choice of a
venue to stage the United States premiere of a play by a British playwright chronicling the tragic stories of two British women in Britain. But this production of “Airswimming,” Charlotte Jones’ first play, is a feat in its ability to show the particular plight of two individuals while illuminating a much larger, shadowy world that engulfed thousands of women, in Ireland as well as other European countries, in the 1920s.
This week, the world is still buzzing anew about the atrocious conditions under which thousands of Irish women were kept in servitude in the Magdalene Laundries from 1922 to 1996. In a report released by Irish Sen. Martin McAleese, the Irish government finally admitted that there had been "significant state involvement" in placing women in what
amounted to labor camps against their will, after insisting for years that the responsibility fell solely to the orders of Catholic nuns who ran the Laundries. Irish Taoiseach Enda Kenny has stopped short of issuing an official
apology to those women and their families, however, which has enraged many activists and reignited interest in the sordid world in which the residents were trapped for so long. 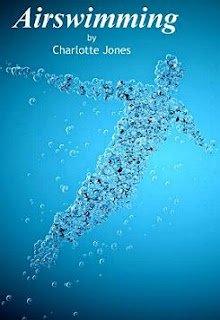 The global outrage only makes “Airswimming,“ first produced in 1997 at London's Battersea Arts Centre, shine brighter in its moment, making us remember that the thousands of faceless women who suffered were actually real people with real personalities who found myriad ways to see themselves through
abominable situations.
“Airswimming” is a tightly written, two-woman play that imagines the interior lives of Miss Annie Kitson and Miss Lucy Baker, real women who were locked up in an insane asylum in England for the crime of having children out of wedlock. Their true story shocked the country when they were finally released in 1972, having spent collectively more than nine decades shut away from their families (who abandoned them and had them committed as “moral imbeciles”) and society. At the time, the British government’s National Association of Mental Health estimated that nearly half of the 52,000 inmates of the country’s mental hospitals did not, in fact, belong there at all; like Kitson and Baker, they had no diagnosable mental problems and were no less capable and functional than the average British woman on the street. And yet . . .
The most interesting question raised by “Airswimming,” one that hangs in the small, claustrophobic room that constitutes the entire stage in Irish Rep’s W. Scott McLucas Studio Theatre, is how sane individuals can possibly survive for 50 years surrounded by others insisting they are unwell. Dora and Persephone, the first names that Jones bestowed on the Kitson and Baker characters, may finally get released at the end of the play and returned their lives, but they certainly don’t escape unscathed.
Through 50 years of incarceration
The audience meets Persephone (Rachel Pickup) for the first time as Dora (Aedín Moloney), who has been locked up for several years, is introduced to her new companion. Dora has already started to disappear into the persona she’s created out of obvious self-preservation -- that of a soldier. She barks orders at a terrified and deluded Persephone, who initially insists that her family will come back to fetch her and that the whole misunderstanding will be cleared up.
Within the first two minutes, Dora establishes the world into which Persephone has been thrust, although the newcomer refuses to accept it.
“Here we need strong elbows,” Dora tells her. “We have no
need of a nicely turned ankle, an elegant wrist, a swan-like neck. No, here you need damn good elbows.”
Persephone fantasizes about being rescued by Reggie, the married, older man who fathered her child, and becomes increasingly agitated as she realizes that her fantasy will never come true. It’s not until Persephone relinquishes her grasp on her former world that she is able to survive.
The play flashes between earlier and later scenes, bringing the audience through over 50 years of incarceration with these women. The device of time-switching allows the viewer to understand the tedium without having to experience it firsthand, and it also shows the profound effects that Dora and Persephone -- who are affectionately dubbed “Dorph” and “Porph” in their own private world -- have on each other.
While Dora enacts her military escapism, Persephone swans around in a Doris Day wig, singing the actress’ songs and lauding her all-American, apple pie-perfect persona; she uses Doris Day’s own mask of cheery wholesomeness to get her through the darkest times in her life.

Porph: I have never been one for artifice. It is a
characteristic I despise. I am always exactly what I am. I always show exactly
how I feel.

Dorph: What are you talking about?

The excellently acted and directed play lets us swirl around and dream and go “airswimming” with Dorph and Porph, while feeling the depths of Dora and Persephone’s shared despair when they inevitably confront the bleakness of their lives. Director John Keating has staged the play to highlight both the dreariness and sparkling moments, accentuating the humor without sacrificing the gravity. But the beauty, the reason why the airswimming and the dancing and the playing work to draw us in without even touching the realm of cheesiness, is because of the profound love that Dora and Persephone develop for each other. In the end, this production of “Airswimming” is not actually about the plights of the wrongfully imprisoned women of England and Ireland and all the other countries where that still happens. It’s about two
women, slowly coming to the realization that they will never be rescued, and so they rescue each other. WG
“Airswimming,” produced in association with Fallen Angel Theatre Company, is playing at The Irish Repertory Theatre, 132 W. 22nd, St., New York, NY, through Sunday.  For more information, visit Irish Rep’s website at http://www.irishrep.org.