'A Terrible Beauty': A Gift for the History Lover in Your Life 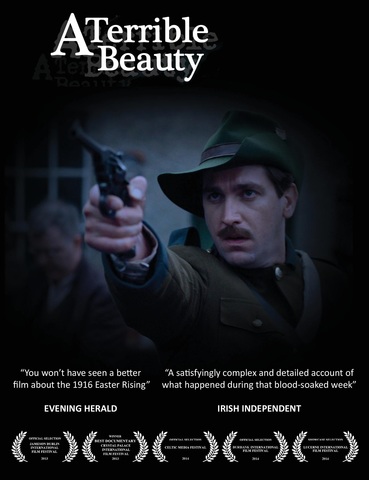 Some of the Wild Geese will already be aware of this film having seen it on one of our recent U.S. screening tour dates, but for those who aren't you might be interested in this unique docudrama about the 1916 Easter Rising. You can view the trailer and some behind the scenes footage at www.1916film.com.

The DVD is available from www.1916film.com/store.

Short synopsis of the film:

A Terrible Beauty / Áille an Uafáis offers a fresh approach to the 1916 Easter Rising in Dublin. Using first-hand accounts to drive the narrative, it tells the little-known stories of the ordinary people involved in the Rising; Irish Volunteers, British soldiers and the innocent civilians caught in the middle. It focuses on the two most ferocious battles that took place during that Easter week, the battles of Mount Street and North King Street, culminating in the massacre of fifteen innocent young men and boys.

By mixing archive footage with dramatic reconstructions and first-hand accounts it takes the viewer on a journey to the very heart of the conflict, giving them an up close and personal view of the often brutal and bloody fight which affected the lives of the men and women caught up in the chaos.