The Work of Larry Kirwan -- 'Transport'-ed to Australia via Manhattan

I'm looking forward to finally seeing "Transport" at The Irish Repertory, a production I've heard a lot about. I've seen a number of plays by Black 47 front man and co-founder Larry Kirwan, who wrote the music for "Transport." Most memorable for me are Larry's plays "Blood," "Hard Times," and "Mister Parnell," the latter two musicals, with 'Parnell' focused on Charles Stewart Parnell and Parnell's paramour and eventual wife, Kitty O'Shea.

Here's a few articles from our archives focused on Larry and his work:

In Manhattan, Keeping Faith During the Hunger Strikes

So, what's your experience with Larry Kirwan's estimable body of creative work?

With 'Transport,' we're formally kicking off our group's efforts to promote outstanding Irish cultural venues and events in metro New York. "Transport" tells the story of the impoverished Irish women and young girls (the so- called “undesirables”) who were deported on The Whisper, a prison ship, to the Australian penal colonies.

The play’s characters include members of the ship’s crew, an exiled Irish priest, and four of the unfortunate female prisoners. With an authentic score by Black 47's Larry Kirwan that features traditional Irish music mixed with a contemporary Folk-Rock & Broadway resonance, "Transport" transcends time, place and character with a hauntingly moving immediacy intertwined with the indomitable Irish spirit and a shared and abiding humanity.

Tickets normally sell for $65, but in cooperation with Irish Rep, we are offering members of The Wild Geese attending that evening's performance orchestra tickets for $40, if you order using our special promo code. The Irish Rep is located at 132 West 22nd Street, New York, NY 10011, phone: 212-727-2737. 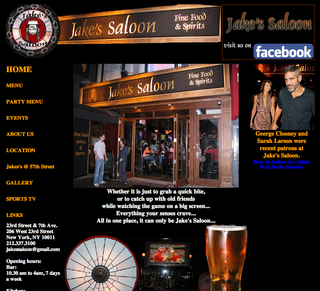 Dinner at 6 pm, for those who can make it, will precede the 8 pm performance. The venue is Jake's Saloon, which offers diners attending Irish Rep performances a 10% discount. Jake's is located at 206 West 23rd Street in Manhattan's Chelsea neighborhood, a block or two from The Irish Rep. For more information about Jake's, visit www.JakesSaloonNYC.com

RSVP for the evening via e-mail, and we can then furnish the code needed to obtain the discounted ticket(s).

Looking forward, with you, to exploring and celebrating the epic heritage of the Irish in NYC ... and worldwide!

Our hosts for the evening are Mary Grady and Gerry Regan. Get back to us if you have any questions!

"If you want to see a splendid musical about history, a show that simply soars, see Transport."
- History News Network

"Everyone is start-to-finish terrific... satisfying, and satisfyingly unusual."
-Talkin' Broadway

For more information on upcoming performances of "Transport" visit "http://thenewwildgeese.com/events/bound-for-australia-irish-rep-cas..."

The Irish Repertory Theatre stages the works of Irish and Irish-American classic and contemporary playwrights, encourages the development of new works focused on the Irish and Irish-American experience, and produces the works of other cultures interpreted through the lens of an Irish sensibility. Irish Rep has celebrated the very best in Irish theater for twenty-five years from the masters such as Brian Friel, Eugene O’Neill, George Bernard Shaw, Dylan Thomas and Conor McPherson to the new generation of writers who are transforming the stage. We’re proud to make our home in Chelsea, in the heart of New York City’s Off-Broadway theater community. WG-NYC