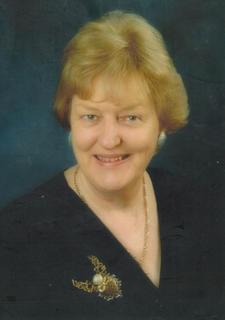 Helen Kelly, with Nicola Morris a consultant genealogist for the Irish Ancestry Group at The Wild Geese, has been involved in genealogical research since the late 1980s. She holds an extra-mural certificate in genealogy from UCD and a Diploma in Local History from NUI Maynooth.

Helen has been a member of the Association of Professional Genealogists in Ireland (APGI) since 1995, has been on the council of APGI since 1996, and served terms as Hon. Secretary, Hon. Treasurer and Vice President of that Association. In 2012 she completed a three-year term as President of APGI.

Since 2007 Helen has been genealogist-in-residence at Dublin’s historical Shelbourne Hotel, where she holds the unique title of Genealogy Butler and in that capacity has broadcast on the subject of Irish genealogy research and consultancy on international radio and television, including stations in New York, New Zealand, Australia, Dublin, London, Birmingham, Manchester and Paris.

Helen is particularly interested in roots tourism. For many years she has worked closely with Bord Fáilte, and later Tourism Ireland and Fáilte Ireland, gaining their sponsorship when presenting lectures on Irish genealogy at the Family Records Centre (GRO) in London. Since 2010 she has been consultant genealogist on Tourism Ireland’s stand at the annual Who Do You Think You Are Live genealogical event in London, and since 2012 has provided daily lectures at this event, under the aegis of Tourism Ireland.

In her capacity as a genealogy advisory consultant, and through her research, Helen has been to the forefront in encouraging the descendants of Irish emigrants to reconnect with their Irish heritage.