The Spanish Armada Catastrophe of 1588

Taking part in the inaugural hangout in The Wild Geese Virtual Síbín made me realise that next month (September 2013) will mark the 425th anniversary of the Spanish Armada wrecks along the Irish coast. Fran O'Neill gave us the background and some glimpses into her upcoming stage production, "The Last Torch" (the interview can be viewed below).

Our house sits within almost a stone's throw of where two of the doomed Armada ships wrecked off the treacherous coast of Galway, and these events fascinate me.  The fact that 425 years have elapsed since this historic event have dampened the frequency with which they are inserted into discussion along the west coast of Ireland.  It seems to me that there has never been a bigger event than this one in the west.

I've heard more than one of my neighbours here in Connemara insist that a few of the sailors made their ways deep into the hills and bogs of Connemara where they made a new life, married Irish women, and had children.  True or not?  Certainly not outside the realm of possibility.

And how about all the references to the "black Irish"?  Many folks are convinced some of the darker physical features displayed by some Irish are attributable to the fact that a handful of the Spanish sailors almost certainly escaped the hangman's noose.  Any validity to that? 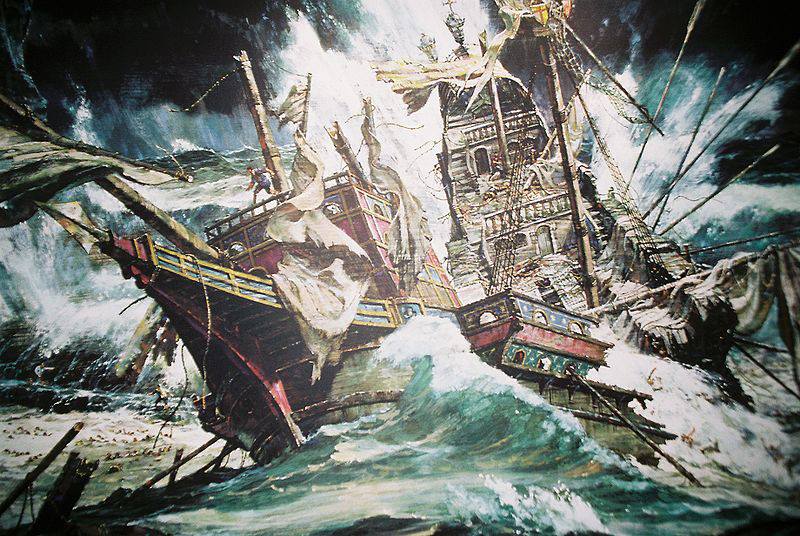 Connemara Irish with Spanish roots- so they say. How true it is, is another matter. In Galway they were mostly beheaded. Otherwise a walking gallows was used. Franciso de Cuellar wrote an interesting account. I have an article somewhere on my blog about the Armada in Galway, but its missing things like more information on the Galway wrecks. I was approached by divers looking for info on same,  but I could not help them.

de Cuellar's account mentioned how strapping & strong all the O'Rourke men were, as well as handsome.  What can I say?  It's in the DNA, folks. :-)

You have many prominent O Rourkes in Ireland. Mammy O'Rourke is the godmother of Fianna Fáil, a woman who will simply not retire.

I don't think that the Spanish sailors that landed all contributed to the gene pool, and they probably didn't stay in that area. Cuellar left for Scotland, probably with many of the others. The English were all over that area searching for them.. There is Spanish link in my family either through the Milesian conquest in very very early history, or through the Armada.

Here this is good "

One theory about the origin of this term focuses on an event that took place in 1588, when more than 20 ships carrying members of the Spanish Armada wrecked on the coast of Ireland. Many of the men were killed in the wrecks, and many of the survivors were put to death by Irish soldiers. A handful of the survivors fled to Scotland, but it is believed to be unlikely that any of them ever made it past the beaches of Ireland and unlikely that any of them could have made a significant genetic contribution to the people of Ireland. It is considered to be more likely that a group of Spanish soldiers who served under Irish chiefs around the same time stayed in the country long enough to father children." from http://www.wisegeek.org/what-is-black-irish.htm