The Irish in Mining around the World 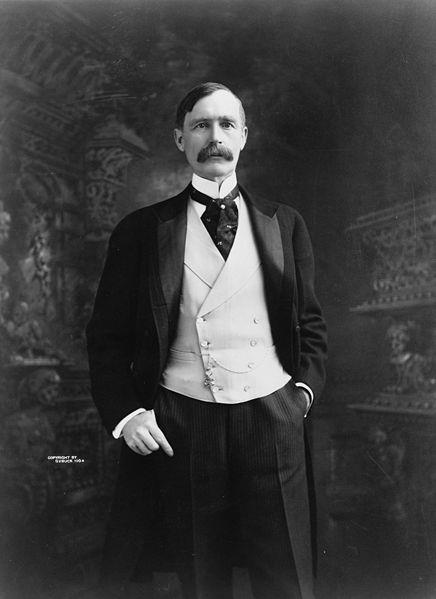 Thomas Francis Walsh (April 2, 1850, in Tipperary, Ireland – April 8, 1910, in Washington, D.C., United States) was an Irish-American miner who discovered one of the largest gold mines in America. He was also famous for giving the famed Hope Diamond to his daughter Evalyn Walsh McLean as a wedding present.http://en.wikipedia.org/wiki/Thomas_Walsh_(miner)

In St. Micheal's Cemetery, Galena, Illinois there are a lot of gravestones with Irish names. It was a lead mining region.

Founding MemberPermalink Reply by Terrance O'Hara on April 23, 2014 at 9:07pm

I had heard that the Irish coal miners didn't like the way the mining horses were being treated. The horses were worked until they dropped. The owners would work the horses long hours with little feed. The horses would fail,but were required to work until they dropped and died. The Irishmen complained about this practice to no avail. Finally they walked out and demanded better treatment for the horses. This was the start of the Teamsters Union. All for the protection of  horses.

My Great Grandfather, Eugene Deady from County Kerry was one of the leading gold miners in New Zealand. Working mainly in the Central Otago region he became a reliable advisor to Mining Companies. Eugene worked in a partnership with two other immigrants, quoted in the media at the time as "doing very well."  He had landed in Port Chalmers in 1863 having made his way to New Zealand  from Victoria, Australia.  Castlemaine, Ballarat and Bendigo were three of the main goldfield mining towns in Victoria.

Hello Patrick I have tried three times to contact you about being a cousin on FTDNA FF but the email address supplied appears incorrect.

Word of mouth was that my grandpa, Dennis, was born in the county Cork.  Not found yet.  The Kavanaghs were born in Co Wexford, still Kavanagh Country in Ireland today.

Towns and places like New Diggings, Vinegar Hill, Cork Hollow  were once boom towns in lead mining.  The Irish, like other immigrants amassing there all at once, had no housing and so often dug caves and lived in the ground.Thus, the Wisconsin Badgers.

I would like to hear from anyone who has info or had relatives thereabouts and I will put it all together.

Micheal Kavanagh was an esteemed miner and trusted by all, protestant and Catholic, because, yes, there was acrimonious feelings then.  But, Micheal was elected to public office, as was his grandson, Mike O'Brien in Hazel Green.

Micheal K. was a close friend of Father Mathew Machicelli (sp) who is supposedly up for Sainthood for developing churches all over Wisc. and in this part.   The miners called him Father Mathew Kelly.

My g uncle, John O'Brien, led the GAR in HG for years and served with the all-Irish Regiment---90th Illinois, Co. B. His group was cited by Gen Grant for bravery.

The two O'Brien boys, my grandpa Dennis and brother John, mentioned, married Kavanagh sisters right after the civil war.  Their names:  Mary, and Deborah.  There was also a James (Buck) was lost track of, and Lena, Elizabeth--who ran a milinary shop in HG.  John and Deborah lost a number of children in a horrendous flu epidemic that hit the area after the civil war.

Deborah Kavanagh (aka Cavanagh, naugh ) was born on the way over to Wis and was said to have been the first white child born in that north Wisc Lake Indian territory; then Wisc/Mich territory. We are talking of the 1840s.

My g uncle, John O'Brien, (the military spelled it wrong as O'Bryan and didn't get it corrected on his grave plaque) had his own lead mine in Hazel Green.  It is listed on a memorial wall to the Company in Grant park in Chicago; wrong spelling which made connecting a bit more difficult.

Just sending this w/o reviewing my notes .     Bernard R. O'Brien

There are lots of (Irish) in the Park City, Utah Cemetery's, Park City was a busy mining town in the 1870 thru 1940.  There is the City Cemetery, and the( old Cemetery. )  There is a GREAT  web site to look up information, pictures and information from the old Park Record news paper.  Just go to :   parkcityhistory.org , and surf around.  I found lots of information on my Carroll family and Farnon family.