Focus on Ireland and the Women Who Call the Shots 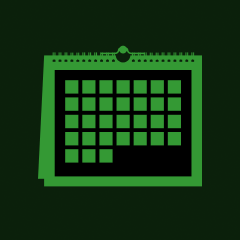 WOMEN AND FILM: A panel discussion you will not want to miss!   IAW&A in partnership with New York Women in Film and Television invite you to a special event:  Focus on Ireland and the Women Who Call the Shots  March 4th at 6:30pm. New York University  Great films, dramas and documentaries continue to be made in Ireland year after year, and the world is watching. Titles include: Vikings (2013), The Tudors, Albert Nobbs and The Summit (Sundance 2013).  In collaboration with New York Women in Film and Television (NYWIFT) and in celebration of Women's History Month, we shine a spotlight on women who produce and direct in Ireland and the US; and tell stories connected to Ireland. The producers discuss Ireland as a location destination, and review the wide range of incentives and tax credits available to co-productions.  Panelists include: Shelia Hockin, Executive Producer of Vikings (History Channel) and The Tudors (Showtime); Oscar nominated screenwriter, Naomi Sheridan (In America), currently adapting the novel Galway Bay for TV; Lelia Doolan, Producer/ Director (Bernadette: Notes on a Political Journey) and former Irish Film Board Chairperson; and Hilary Kehoe, major production roles in Ireland (Samson Films) and the U.S. (Blue Bloods and Michael J Fox). Moderated by IAW&A member Maura Kelly For more information visit www.nywift.org IAW&A members will receive same discount rate as NYWIFT members.

RSVP for Focus on Ireland and the Women Who Call the Shots to add comments!