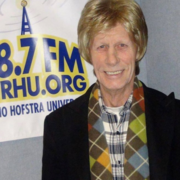 Much has been written about the period of upheaval and violence that occurred in the province of Ulster in the north of Ireland in the 30 years between 1968 and 1998. Unless you were there and lived through the madness, it's likely that you have trouble actually understanding the effects of that terrible period in Irish history. What started as a peaceful civil rights march in 1968 soon escalated into full blown war that brought violence, bloodshed and death to every corner of the province. Following the 1969 'Battle of the Bogside' in Derry City and the violent pogroms in Beflast, Catholic families were forced to flee their burning homes and cross the border into the Republic of Ireland. The Irish Defence Forces had set up refugee camps in the Republic and at one point the Gormanston refugee camp held 6,000 refugees from the North of Ireland. The two year period between November 1974 and January 1976 was a particularly dark and frightening time especially around South Armagh and the immediate vicinity. I still remember vividly the fear and shock being felt around the area at that time when McArdles Bar in Crossmaglen was bombed in Nov. 74, leaving one dead and several seriously injured and there was a real threat that the gang of killers responsible for the attack would come back at will and repeat the killings. The attack on the Miami Showband, which killed three members of the band and left several seriously injured near the town of Newry, Co. Down on 31 July 1975 sent further shockwaves throughout the province. Kay's Bar in Dundalk, just over the border from Crossmaglen, was car bombed in Dec. 75. leaving two dead and 20 seriously injured. Also in Dec. 75 there was a bomb and gun attack on Donnelly's Bar and shop at Silverbridge, just outside Crossmaglen leaving three dead and three seriously injured. The killing quickly escalated to new heights of depravity when the Reavey and O'Dowd families were slaughtered at Whitecross, Co. Armagh and Gilford, Co. Down in Jan. 76 which prompted a deadly response the following day. This period of madness continued with the equally brutal attack on a work van in which 10 protestant workers were shot and killed at Kingsmill, near the village of Bessbrook in Co. Armagh. Armagh. Responsibility was claimed by a group calling itself the "South Armagh Republican Action Force." In February 1975, the Provisional IRA and British Government entered into a truce and restarted negotiations. For the duration of the truce, the IRA agreed to halt its attacks on the British security forces, and the security forces mostly ended their raids and searches. However, there were dissenters on both sides. Some Provisionals wanted no part of the truce, while some British commanders resented being told to stop their operations against the IRA just when they claimed they had the Provisionals on the run. The security forces used the ‘down time’ to covertly boost their intelligence gathering offensive during the truce.

There was a sharp rise in sectarian killings during the truce, which 'officially' lasted until February 1976. Loyalists, fearing they were about to be forsaken by the British government and forced into a united Ireland, increased their attacks on Irish Catholics/Irish nationalists. Loyalists killed 120 Catholics in 1975, the vast majority civilians. They hoped to force the IRA to retaliate and thus end the truce. Some IRA units concentrated on tackling the loyalists. The fall-off of regular operations had caused unruliness within the IRA and some members, with or without permission from higher up, engaged in tit-for-tat killings. Most of the loyalist attacks in the County Armagh area have been linked to the "Glenanne gang" a secret alliance of loyalist militants, British soldiers, and rogue RUC police officers.

“My brother found the lads dead, he didn't speak for a year afterwards.”
Eugene Reavey. 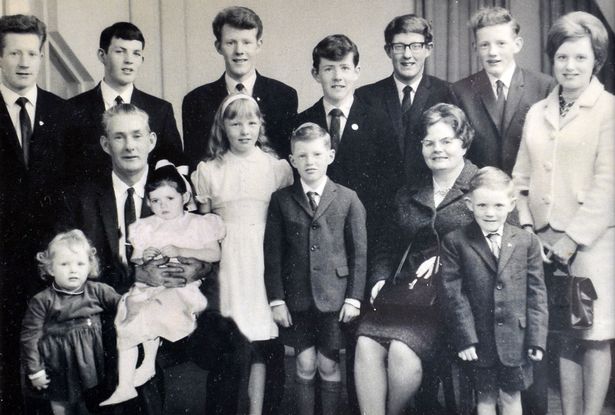 Forty-six years ago, on a bleak night in January 1976, several members of a secret alliance comprised of British soldiers from the Ulster Defence Regiment (UDR), police officers from the Royal Ulster Constabulary (RUC), and members of the Mid-Ulster Brigade of the Ulster Volunteer Force (UVF) embarked on a senseless, brutal and bloody rampage directed against two innocent civilian families in an area known locally as the ‘murder triangle,’ in south Armagh.

The first to feel the wrath of the notorious ‘Glenanne Gang’ on that fateful night was the Reavey family, who lived in a small cottage near the village of Whitecross, Co. Armagh. Three of the eight brothers were at home on that quiet Sunday night watching television when three masked gunmen calmly entered through the unlocked front door and opened fire. John Martin (24) did not stand a chance and died in a hail of bullets where he was sitting. Brian (22) ran into another room, but fell into the fireplace, fatally shot in the back. Anthony (17) managed to reach a bedroom and hide under a bed. The gunmen riddled the mattress, then left, believing he too was dead. But although seriously wounded, he managed to crawl 200 yards to a neighbor's house to raise the alarm. Three weeks later, he died from his injuries. Neighbors of the Reaveys claimed there had been two Royal Ulster Constabulary (RUC) checkpoints set up, one at either end of the road, around the time of the attack. These checkpoints could have stopped passers-by seeing what was happening. The RUC denied having patrols in the area at the time, but said there could have been checkpoints manned by the British Army's Ulster Defence Regiment (UDR).

"It could have been worse," says Eugene Reavey. "Our entire family could have been wiped out. Normally on a Sunday, the 12 of us would have been home, but that night my mother took everybody, except John Martin, Brian and Anthony, out to visit my aunt. There were eight boys in our house and we grew up so close, sharing the one bedroom. It was my brother Oliver who arrived home first to find the lads dead. He was so overwhelmed by what he saw that he didn't speak for a year."

Forty-two years on, the cottage has been demolished. Yet every detail of that awful night remains etched on Eugene's mind. His eyes shine with pride as he speaks of his brothers. Young Anthony with his unruly mop of red hair who wrote poetry and was full of mischief. Brian, the carpenter and talented Gaelic football player, the good-looking one who was the best of craic. And John Martin, the bricklayer, the reliable one who could always be depended upon to drive his mother wherever she wanted, regardless of the hour.

"My mother missed those boys every minute of every day until she died," Eugene says. "She would run after young fellows with red hair on the street, thinking they could be Anthony. She'd look in the shops for a jumper that would suit John or a shirt for Brian. She still set the table at night for them. Three extra places - we could never talk her out of it."
Eugene is haunted too: "I see my brothers in other people. I'll be at a Gaelic football game and I'll notice a player who reminds me of Brian - the way he catches a ball or shows a burst of speed."

Ten minutes after the attack on the Reaveys, other members of the same ‘Glenanne Gang’ burst into the O'Dowd home, 15 miles up the road in Gilford, Co Down. The family were gathered around the piano for a post-New Year sing-song. Four children were in the room. The gunmen killed Barry O'Dowd (24) his brother Declan (19) and their uncle Joe (61).

"A few days after the shooting, a Protestant publican in Markethill told daddy the names of the killers," Eugene says. "He kept those names to himself until he was on his death bed in 1981, and then he told me. In turn, I kept the names secret because I didn't want anybody taking the law into their own hands. Then, in 2006, I told the Historical Enquiries Team (HET)." The HET was the first State body to show any interest in the triple murder.

Eugene says: "In the three decades until then, nobody crossed our door. The police file on the killings was only a page-and-a-half long." 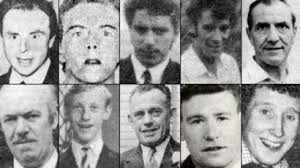 Human rights group the Pat Finucane Centre (PFC), along with the families of those killed, have stated their belief that the killings were part of "a security-force-inspired 'dirty war' aimed at terrorizing the Catholic/Nationalist community into isolating the IRA" and were "intended to provoke a bloody and ever escalating response" from the IRA. This would then bring about tougher measures against it from both governments, and/or "provoke a civil war".John Weir, a former member of the group who carried out the attacks, said they wanted to provoke a civil war, believing that if civil war erupted they could then "crush the other side".