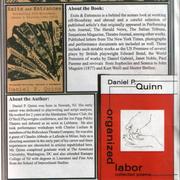 To be clear, these steps to combat money laundering are important. The United States has been ranked the most secretive financial jurisdiction in the world. A 2016 report by the Financial Action Task Force, an intergovernmental group that combats money laundering, gave the United States some embarrassingly low rankings, although some improvements have been made since then. To have strong credibility on the world stage in the fight against international corruption, the United States must continue these efforts. This is especially crucial now that the Biden administration has called corruption a core national security interest.