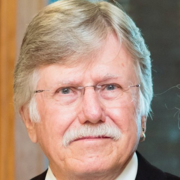 Here's the descent:  James Matthew Rankin, born in Tyrone, County Galway, somehow got to Jamaica.  There he married Rachel Maria and had a number of children, one of which was christened at St Thomas in the East (a C of E church) along with three other children, all registered 16 September, 1827.

One of those children, John Thomas Rankin, foolishly moved to New York, married a Canadian woman, then moved to St. Clair, Michigan (sometime before 1870), where he produced my great-grandfather Samuel James Rankin (1859), my grandfather Frederick James Rankin (1886), and my father Eugene Carleton Rankin (1916).  My family's story is that we were (in part) Scotch-Irish and I always thought that Scotch-Irish mostly lived in what would now be Northern Ireland.

My questions:
(1) What might someone who professed to being Scotch-Irish be doing that much further south?

(2) How might he have gotten to Jamaica?  As an indentured, or thrown out as a trouble-make?

(3)  I understand that any emigration record would have shown him as departing from England, but are there known records of how the Irish arrived in Jamaica>

ANY clues/pointers/suggestions as to where I might begin to look for andwers or records will be gratefully received.