"Born at Farnham in Surrey in south-east England on 4th November 1740, Augustus Toplady was the son of Richard Toplady, a Royal Marines officer probably from Enniscorthy, Co Wexford. Richard Toplady had enlisted in 1739 and had risen to the rank of major; he had seen action in the Battle of Cartagena de Indias in May 1741, but later became ill and died, probably yellow fever.

It was in August 1755, that Toplady went to a religious gathering at a barn in Codymain, Co Wexford and heard a sermon preached by James Morris, a follower of John Wesley.  Toplady’s relationship with Wesley was later to become so bitter that he denied Morris had any connection with Wesley.  Toplady was to remember this sermon as the time at which he received his calling from God." 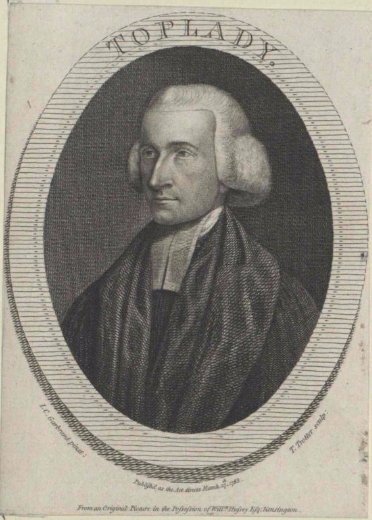 A Christian hymn composed by Augustus M. Toplady in 1775. Sung in the video by the Antrim Mennonite Choir, from their album 'Amazing Grace.'

Please click to play all the featured Christian hymns:
http://www.youtube.com/playlist?list=...