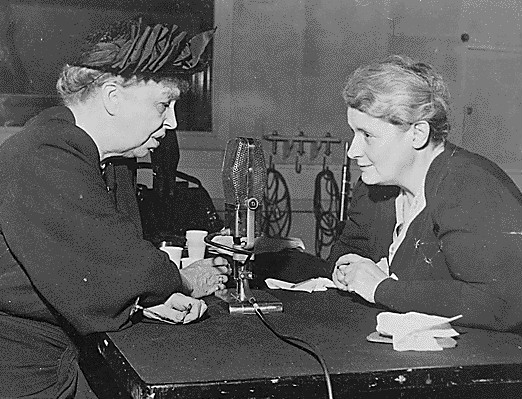 Photo above, Mary Margaret McBride and First Lady Eleanor Roosevelt on the air.

Mary Margaret was an American radio interview host and writer. Her popular radio shows, which lasted over a 40-year period, at times reached from 6-8 million listeners. Topics discussed on her show ranged all the way from prostitution, unwed mothers, marriage in the modern world, pioneering women to what was probably one of the first on-air discussions about zombies with Zora Neale Hurston.

McBride has a Star on the Hollywood walk of fame and a Rose was named for her.