Those Who Would Sculpt Civil War General Philip Sheridan

Integrity Protecting the Works of Man (by Ward) on the pediment of the New York Stock Exchange Building, Integrity, in the center, wears the winged cap of Mercury, the god of commerce. The figures on her left represent mining and agriculture, and on her right, industry. The original pediment, carved from Georgia marble, weighed 90 tons, but time and pollution wore away at it, and in 1936 it was replaced by a copper and lead replica which weighs 10 tons.

John Quincy Adams Ward (the son of Scotch/Irish immigrants) and Gutzon Borglum were both in contention to sculpt a statue of our own 'Scrappy' Phil Sheridan. In 1908, Borglum won the competition for a statue of the Civil War General Philip Sheridan to be placed in Sheridan Circle in Washington. D.C. A second version of General Philip Sheridan was erected in Chicago, Illinois, in 1923. Winning this competition was a personal triumph for him because he won out over sculptor J.Q.A. Ward. In 1916, J.Q.A.Ward's General Phillip H. Sheridan Statue was installed posthumously, at East Capitol Park, Albany, New York. Ward died at his home in New York City in 1910. A copy of his Indian Hunter stands at his gravesite in Urbana, and his Urbana home is listed on the National Register of Historic Places. His sketchbooks are conserved at the Albany Institute of History & Art.

Borglum died in 1941 Chicago, following complications after surgery, his son finished another season at Mount Rushmore, but left the monument largely in the state of completion it had reached under his father's direction. He is buried at Forest Lawn Memorial Park, Glendale in California in the Memorial Court of Honor.

With his marriage fizzling out, Borglum returned to the U.S. in 1901, moving to New York City, where he opened a studio. There he joined many sculptors of national note, including John Quincy Adams Ward, Augustus Saint-Gaudens, and Karl Bitters. 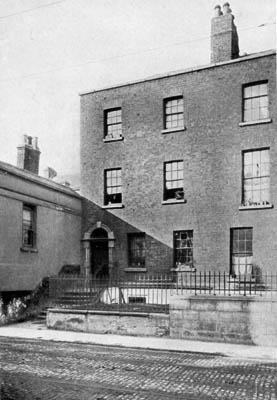