James Joyce: 'Does Nobody Understand?' 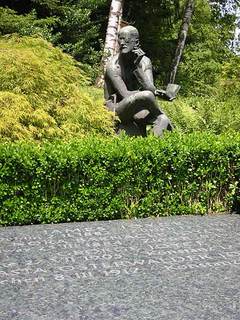 On 11 January 1941, James Joyce underwent surgery in Zurich for a perforated ulcer. While he at first improved, he relapsed the following day, and despite several transfusions and fell into a coma. He awoke at 2 a.m. on 13 January 1941 and asked for a nurse to call his wife and son before losing consciousness again. They were still on their way when he died 15 minutes later.

Joyce's body was interred in the Fluntern Cemetery near Zurich Zoo. Swiss tenor Max Meili sang Addio terra, addio cielo from Monteverdi's L'Orfeo at the burial service. Although two senior Irish diplomats were in Switzerland at the time, neither attended Joyce's funeral, and the Irish government later declined Nora's offer to permit the repatriation of Joyce's remains. Nora, whom Joyce had married in London in 1931, survived him by 10 years. She is buried now by his side, as is their son George, who died in 1976.

His supposed last words, “Does nobody understand?"

I guess burial plots were at a premium even then.  :-)  But have to agree, nobody understands until it's too late.

Maybe he was referring to Ulysses.

or more likely, to Finnegan's Wake

Doubt it was about Ulysses. He took great joy in that people had to work so hard understanding the work. I read and studied Ulysses several years ago, for an entire year! Thank God for the Internet today...even though I took a class. His short stories are great. I do believe he could successfully write in any genre. Finnegan's Wake...forget it!

I have a slim volume of his poems - lovely lyrical things. I have no idea how many he wrote. I've read Dubliners and Portrait of the Artist  . . ,  but I haven't tackled either of the "big" ones yet. I think I'd like to ask least make a start on Ulysses before this coming Bloomsday. I feel like such a fraud celebrating when I haven't read any of it. 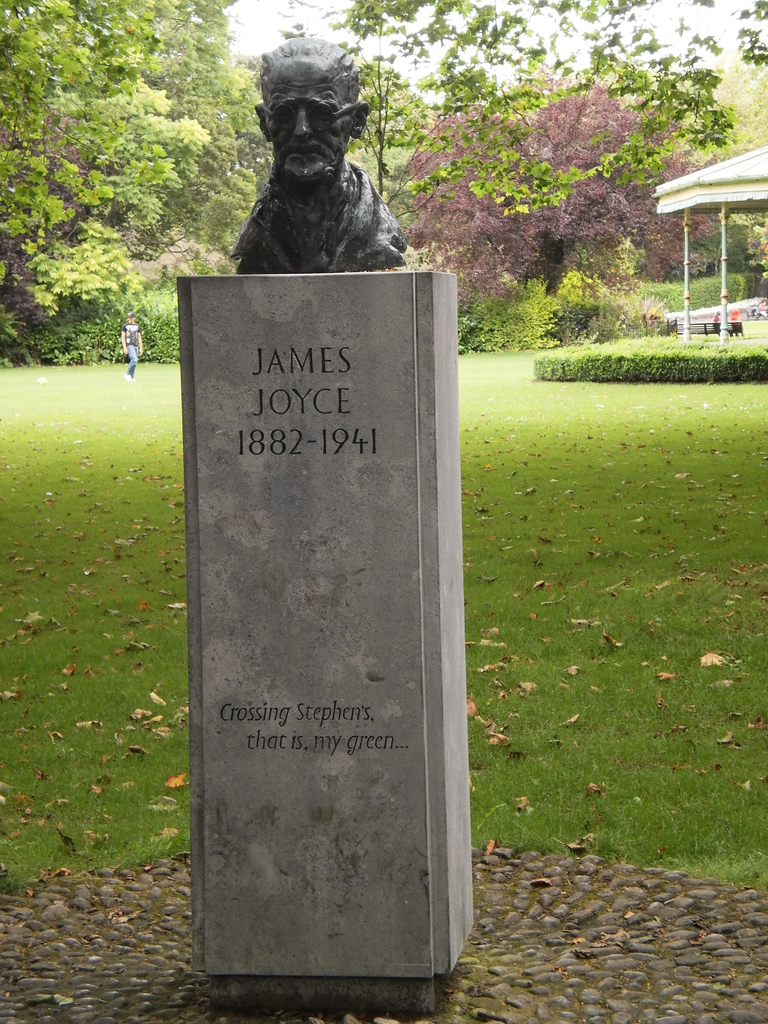 In my opinion, his best work was done in Dubliners. It's excellent. One of my all time favorites.

Bean Sairseil is right on all three counts. Finnegans Wake is turgid and impenetrable. Ulysses is a (too long) story that is full of Dublin titbits and not really difficult. Dubliners is a collection of masterpieces and maybe the final story in it,The Dead, could count among the greatest short stories written in the English language.

p.s. There is no apostrophe in Finnegans Wake.

Comment by Bean Sáirséil on January 22, 2014 at 8:18pm
Of course you're right about the apostrophe, Paul. Sorry about that...my phone tends to correct such things before I notice it :)
I agree with what you said about "The Dead." It's perfectly amazing. One of the greatest short stories ever written. I re-read it at least a couple times per year, just because :)