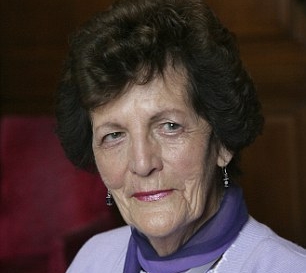 ABOUT THE PHILOMENA PROJECT:

From the 18th century up until the late 1990s, Catholic, Protestant and non-denominational lay committees in Ireland operated mother-and-baby homes and Magdalene Laundries, both of which were harsh, punitive institutions. These facilities housed “fallen” girls – often times those who had become pregnant out of wedlock – and their children. During this time, countless women were separated from their sons and daughters, who were often given up for adoption against their will.

On February 19, 2013, the Taoiseach of Ireland, Enda Kenny, issued an official state apology to such individuals based on the findings of a report prepared by Senator Martin McAleese. Declaring the Laundries “the nation’s shame,” Kenny outlined a plan to compensate those who had been wronged by the institutions.

The Church, on the other hand, has to this date refused to acknowledge their role in the matter. On July 15, 2013, Mr. Bill Donohue, President of the Catholic League for Religious and Civil Rights, issued a lengthy rebuttal to the McAleese report. Donohue called the entire matter a myth that has been blown out of proportion, and defended the actions of The Church and its nuns.

Thanks to the bestselling book The Lost Child of Philomena Lee by Martin Sixsmith and the recent filminspired by Lee’s story called PHILOMENA, the issue is more relevant than ever and can no longer be left unresolved. The Philomena Project is a call to The Church asking them to confront the actualities of the Magdalene Laundries and formulate a plan to assist these women in discovering information concerning the whereabouts of other lost children like Philomena’s.

It is the goal of this project to collect petitions from around the world asking The Church to provide closure for these families. This forum will be a place where not only mothers tell their stories, but where young people that were adopted can seek out their birth mothers. The Philomena Project will act as a repository for these actual stories, raising awareness on the issue while also being sensitive to the privacy of the mothers and children affected by these events.

After becoming pregnant as a teenager in Ireland in 1952, Philomena Lee was sent to a convent in Roscrea to be looked after as a “fallen woman.” When he was only three years-old, Anthony was taken from the convent against his mother’s will; the nuns had agreed to sell him for adoption to an American family. Philomena spent the next 50 years trying in vain to establish his whereabouts.

Through a lucky set of circumstances she happened to meet Martin Sixsmith, an ex-BBC foreign correspondent. When Philomena told Martin about her long search for her son, he realized that hers was a remarkable story and agreed to help her in her search. The odd couple proceeded to embark on an incredible quest to discover what had happened to Philomena’s son so many years ago. Philomena’s story compelling narrative of human love and loss, but ultimately a celebration of life. It is both deeply emotional and outrageously funny, and is a true testament to the power of forgiveness and the strength of the mother-child bond.

Sixsmith published the book The Lost Child Of Philomena Lee in 2009. It acted as a catalyst for thousands of adopted Irish children and their “shamed” mothers to come forward to tell their stories. Many are still searching for one another.