Is it a meditation on the materialism, greed, and cultural parochialism of the time?  First published on this day in 1913, The Irish Times reports on the political message suggested in the poem. 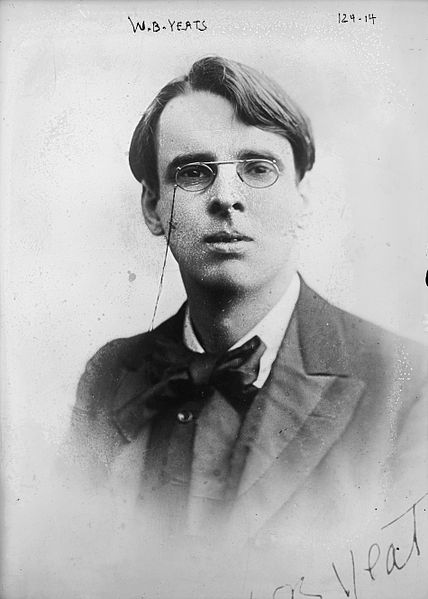 What need you, being come to sense,
But fumble in a greasy till
And add the ha’pence to the pence
And prayer to shivering prayer, until
You have dried the marrow from the bone;
For men were born to pray and save?,
Romantic Ireland’s dead and gone,

Was it for this the wild geese spread
The grey wing upon every tide;
For this that all that blood was shed,
For this Edward Fitzgerald died,
And Robert Emmet and Wolfe Tone,
All that delirium of the brave?
Romantic Ireland’s dead and gone,
It’s with O’Leary in the grave.

Yet could we turn the years again,
And call those exiles as they were
In all their loneliness and pain,
You’d cry ‘Some woman’s yellow hair
Has maddened every mother’s son’:
They weighed so lightly what they gave.
But let them be, they’re dead and gone,
They’re with O’Leary in the grave.